In the former United States, sixteen-year-old Noam Álvaro wakes up in a hospital bed, the sole survivor of the viral magic that killed his family and made him a technopath. His ability to control technology attracts the attention of the minister of defense and thrusts him into the magical elite of the nation of Carolinia.

The son of undocumented immigrants, Noam has spent his life fighting for the rights of refugees fleeing magical outbreaks—refugees Carolinia routinely deports with vicious efficiency. Sensing a way to make change, Noam accepts the minister’s offer to teach him the science behind his magic, secretly planning to use it against the government. But then he meets the minister’s son—cruel, dangerous, and achingly beautiful—and the way forward becomes less clear.

Caught between his purpose and his heart, Noam must decide who he can trust and how far he’s willing to go in pursuit of the greater good.

THE FEVER KING was engrossing, pulling me into the story as it stayed tightly wound around the MC’s unreliable narration. It introduced a lot of characters early on but then only really focused on a couple of them, breaking my early expectations for this as a "group of kids with powers bond in training story". It's definitely not that. They have powers, they have training, there are bonds, but being an immigrant who joins the clique late in a post-nuclear-event dystopian society with an immortal(?) leader who is the only one who remembers the history does not for a fun time make. What it does create is space for a quieter story about grooming, manipulation, brainwashing, and abuse in a situation where powers are secret, magic requires complex and detailed understanding, and the gatekeepers to knowledge also run the country.

This book is definitely the "throw the reader in the world and they'll figure it out" kind of book. There are sections that explain how things connect and the implications of them, but they're woven in naturally as the character figures things out. Even the few infodumps which happen are telling the MC things they didn't know, or them thinking about stuff the secondary characters don't know, but in a way that informs the reader without feeling patronizing. What the MC notices and comments on it sometimes less important than what he dismisses or downplays, creating this feeling that while he's not trying to lie to the reader, he's also not picking up on things or not realizing their importance. This definitely feels like a book where a bunch of hints were there all along and then the end makes their importance suddenly resonant. 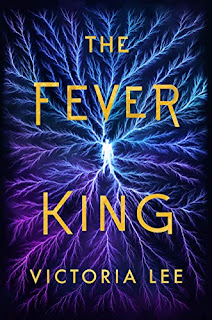