A Dowry of Blood by S.T. Gibson

A lyrical and dreamy reimagining of Dracula’s brides, A DOWRY OF BLOOD is a story of desire, obsession, and emancipation.

Saved from the brink of death by a mysterious stranger, Constanta is transformed from a medieval peasant into a bride fit for an undying king. But when Dracula draws a cunning aristocrat and a starving artist into his web of passion and deceit, Constanta realizes that her beloved is capable of terrible things. Finding comfort in the arms of her rival consorts, she begins to unravel their husband’s dark secrets.

With the lives of everyone she loves on the line, Constanta will have to choose between her own freedom and her love for her husband. But bonds forged by blood can only be broken by death.

Assuming as a baseline that we’re all here for the vampires and sexy times with occasional but pretty gory smatterings of blood, this feels like a book which will garner one of two reactions: consternation and bewilderment that the MC wouldn’t leave as soon as things got bad towards the middle of the book, or cathartic recognition of the ways that social power dynamics, emotional coercion, gaslighting, and a whole lot of narcissism combine to create a situation perfectly suited for manipulation and social isolation, even when surrounded by people. One need not have been a victim of a narcissist in order to have this catharsis, but I suspect that for people like myself who have had or still have one such person in their lives, there will be a special kind of recognition of the temporary good and the frequent bad left by this kind of all-consuming presence. I must be clear that this is not a book on how to deal with narcissists, nor especially one for learning the lore of vampires. It is instead an atmospheric, emotional, sexy, and sometimes joyful story of a very small and often toxic family spread out across centuries and a couple of continents.

The world-building is sparse in terms of vampire lore because in a way the characters’ vampirism is incidental to much of the story. I don’t think this is a problem, it just carries its emotional weight in the dynamics between the characters and the MC’s introspective narration. The early book has style that’s full of vibes with enough details to ground it where it counts. It’s pretty well balanced between foreshadowing later events and conveying the MC’s changing state of mind during her early centuries nearly alone with her sire. . It shows the little details of how she could be so dependent on him so quickly. Sometimes she's very specific about the kind of manipulation he's engaging in, which is so important because this kind of grooming and abuse makes what ought to be a dynamic of consent between adults into something... else. Something murkier and scarier. A long slow slide where enthusiastic consent turns into grudging consent turns into perfunctory concession, and, somewhere along the the line, while it would be hard to say that any particular instance was rape, something probably was (and it canonically was for their many, many victims, but the book thoughtfully spares us these gorey descriptions). Each time a new person is introduced there's an adjustment that is well-depicted. I love the way the MC untangles her complex feelings which are torn between what each newcomer actually does and what their presence represents. It's refreshing to read something which weaves together the words of a manipulator and abuser with the context to untangle what could be mistaken for affection but is actually control at best and abuse at worst. The MC and each newcomer claim the space to figure out their own relationship and boundaries with each other, but their sense of their own agency is often tenuous as the sire's ire can strip them of the little agency they'd gained. Eventually something happens that lets the MC start to acknowledge the abuse that’s been happening. This shifts things into a mode of “look what you made me do” from their sire as his abuse is more flagrant. I love the ending, it’s poignant and powerful, giving just enough attention to the sire one last time while specifically moving on and de-centering him in his eternal absence. 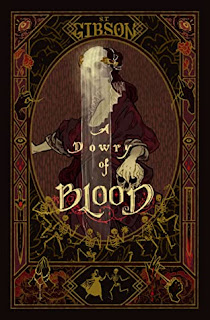