The Hate U Give by Angie Thomas

The Hate U Give is about racism, family, and figuring out how to keep living after the teenage MC sees a friend shot in front of her by a cop.

The plot flows really well, conveying the several-month wait between the shooting and the eventual verdict with sections spaced out over time but with smaller and smaller page counts. It mean that the immediate events felt very condensed but the focus was always on when something updated for the MC (whether in her persona life or the case). That pacing also worked to show how the two parts of her life were separate by having them actually feel separate for over half the book, then gradually bringing them together with enough time passing for the finale to feel natural. They had time to grow (or to choose not to), and even minor characters felt more complete because of it.

I love the way that the MC’s relationships with members of her family are handled, particularly with her mom. There are a lot of conversations where it conveys that the other person has different information or life experiences behind their reactions in a way that sets them up as separate people without diminishing the MC’s sense of her own agency. It consistently conveyed that other people around her were doing things and having conversations that may or may not intersect with the main plot and helped them feel like main characters who just happened to not be point-of-view characters. Her relationships with them and her understanding of them as separate people also changes throughout the book, as the often literally life-or-death situations which arise (the shooting itself and the tense events afterwards) push her to see different side of them and to reassess things she already knew.

Heads-up that there are a lot of references to H*arry P*tter because this was published before JKR’s transphobia became mainstream knowledge. 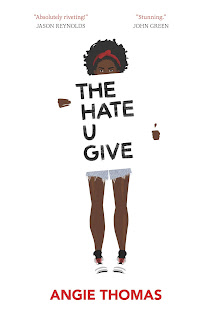