Nothing is more important than loyalty.
But what if you’ve sworn to protect the one you were born to destroy?

Tarisai has always longed for the warmth of a family. She was raised in isolation by a mysterious, often absent mother known only as The Lady. The Lady sends her to the capital of the global empire of Aritsar to compete with other children to be chosen as one of the Crown Prince’s Council of 11. If she’s picked, she’ll be joined with the other Council members through the Ray, a bond deeper than blood.

That closeness is irresistible to Tarisai, who has always wanted to belong somewhere. But The Lady has other ideas, including a magical wish that Tarisai is compelled to obey: Kill the Crown Prince once she gains his trust. Tarisai won’t stand by and become someone’s pawn—but is she strong enough to choose a different path for herself?

Raybearer is a powerful and empathetic fantasy about what one does when it turns out the empire isn't perfect after all, for nothing good can be built on the pain of children.

This story plays with the line between and ill-informed narrator and an unreliable one, as I read it I had a steadily growing feeling that the world in the book was deeply wrong, that either the MC would double down on her cognitive dissonance, or else she must try to make things right. Either way, something had to give. I'm very pleased with how that was handled, I had enough hints of what was wrong in order to not feel lied to when the underpinnings were revealed and the MC was forced to reassess her goals and make a new path for herself.

I like the balance between secondary and minor characters, given that the MC becomes canonically close with a rather large group of people I think the choices made in who was fleshed out and who is more in the background worked well. It felt like a large group without overwhelming me with names and motivations to keep track of. I love the beginning and the middle, and I think the ending is good given that there's a planned sequel. A few components of the ending felt a bit rushed, but the finale feels suitably grand for the scale of the problems being addressed. It's also trying to balance competing story interests and I think it works overall. It had to have an appropriate resolution within the timeframe of the novel while still leaving room for the sequel to have something to pick up. It makes it very clear that the problems began before the MC entered the story, and that solving what she can will take time and effort, some important pieces of which happen in this volume.

This book is filled with care, choosing carefully which deep wounds and dark backstories require description and which are left to the reader's discretion and imagination. There are many plot elements which are built on adults having decided at some point that it was okay for children to suffer, but this is an ultimately and joyful and empowering book about reclaiming agency and making things better for the ones who come after. I eagerly await the sequel. 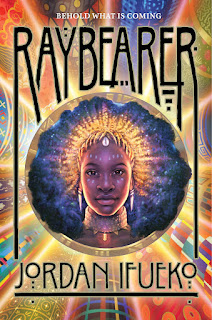