Holding Back the Dark by John David Bethel

DNF 10% in. This is a political thriller/murder mystery which is detail-laden in an attempt to give context, but I don’t care enough about the political machinations being described in order to devote the mental energy to piecing together their importance. Also there’s a weird thread of subtle misogyny which isn’t confined to any one character but feels like a problem with the book as a whole (at least the part of it I got through). The police procedural bits were the most interesting so far but the prose even in those sections was so flat that it felt like it was trying to be boring on purpose and the conversations were closer to dialogue transcripts than full scenes. This might be for someone, but it’s not for me. 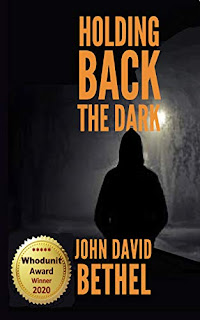