Stranger in a Strange Land by Robert A. Heinlein

It had the makings of a strong commentary on sexism, imperialism, and the way we treat those who either can’t speak for themselves or are never given the space to do so. I liked it at first, but it’s an emotional roller coaster because of the blend between kinds of bigotry which are clearly intentional and examined in the narrative and ones which don’t seem to be on purpose and are various kinds of casual racism/xenophobia or using words now understood as slurs. What made me stop was the realization that the portrayal of the titular character felt like an ableist and allistic understanding of an autistic person, complete with extremely literal interpretations of vernacular, and stress reactions which are difficult to describe without using the world "meltdown". This character was raised by aliens and is new to Earth, which was further troubling because it seemed to be associating classically (but not exclusively) autistic traits with being a literal visitor from outer space. It's possible that it gets better later, but I was too stressed out to see if it did. 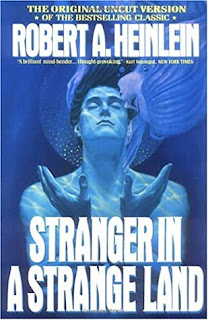