Over the Woodward Wall by A. Deborah Baker, aka Seanan McGuire (The Up-and-Under, #1)

Queer Rep Summary: No canon* queer rep.
*Strong genderqueer vibes from a literally transhuman secondary character, this is a book that feels queer even if no characters are canonically queer.

Over the Woodward Wall is a fairy tale with stranger hunger and feathers under its skin, unfolding a winding world in the overlap between strange and familiar.

The MC's are fantastic together and separately, they're explicitly very different people in a way that suits the narrative without feeling like they're caricatures of children. The way their relationship builds and is complicated felt natural and really, really good. They had an amount of emotional progression that fits the size of the story: enough to make this slice of their adventure help the grow as people, but not so much as to break narrative immersion. The secondary characters have ways of looking at the world which feel aching and sharp, for they are of the Up-and-Under which has its own rules to flaunt, follow, or break.

I love the narrative style, the narration speaks about the MCs in a ways that is explanatory without ever dismissing their sense of their own agency, even (or perhaps especially) when their sense is that they've lost their agency in some fundamental way. The cast of characters is surprisingly large for such a small book, but they're linked thematically in ways that make it easy to keep track of everyone and their role in the story. That archetypal repetition supports the style of this story as a kind of fairy tale. Not that it has fairies exactly, but that young protagonists go to some strange place and meet a variety of anthropomorphic creatures and a smattering of implicitly human but still rather strange characters. For established readers of this author, you'll love this whether you come to this book having read Middlegame and needing to delve into this companion novel, or you love the Wayward Children series and are ready for something with similar bones but a very different look. This book is a companion of sorts to Middlegame, but it can be read and enjoyed completely separately from it.

Overall I love this and I'm very excited for its eventual sequel. 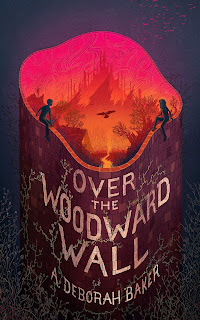