The House on Mango Street by Sandra Cisneros

The House on Mango Street uses vignettes to show snippets of a young Latina's life in a new neighborhood.

I like the way this book is structured, getting to know the MC and the people in her neighborhood a little at a time. I don't think we're ever told her age, but it has a feeling of her growing up a little, of some time passing but not more than a year or two. The characters feel distinct because the MC describes them in unique ways, with enough detail when previously mentioned characters reappear to let the reader keep track of everyone. She feels like a kid, with a kid's attention to people and ways of describing adult things without always knowing what they are. It handles some pretty traumatic events with care for the reader, sometimes through just mentioning that they happened, and sometimes by showing the MC's reaction without describing the details of the trauma. A lot of it is joyful, and while the sudden shifts in tone can be jarring, they fit the vignette style and it works well overall. The way it jumps around feels like the way someone might describe a year or so of living somewhere, so it's either a style you'll like or maybe it's not for you.

A few things keep this from being a book I can highly recommend, but I have no trouble seeing why this book would be praised. Now I would hesitate to recommend it because of racial slurs and stereotypes which may have not been commonly understood as slurs at the time, but now definitely are. They were jarring to come across and their use repeatedly pulled me out of the story. There was also a way of assuming large bodies were grotesque in a way that adds up to feeling very fatphobic. These weren't always portrayed with malice from the characters, but they are enough of an issue that I'd give a caveat along with any recommendation of this book. 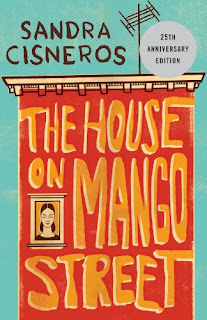