The Circle by Mats Strandberg and Sara Bergmark Elfgren (Engelsfors, #1)

On a night after the apparent suicide of high school student Elias Malmgren, a blood-red moon fills the night sky.

Minoo wakes up outside her house, still in her pajamas, and is drawn by an invisible force to an abandoned theme park on the outskirts of town. Soon five of her classmates—Vanessa, Linnéa, Anna-Karin, Rebecka, and Ida—arrive, compelled by the same force. A mystical being takes over Ida’s body and tells them they are fated to fight an ancient evil that is hunting them. As the weeks pass, each girl discovers she has a unique magical ability. They begin exploring their powers. The six are wildly different and definitely not friends . . . but they are the Chosen Ones.

In this gripping first installment of The Engelsfors Trilogy, a parallel world emerges in which teenage dreams, insanely annoying parents, bullying, revenge, and love collide with dangerous forces and ancient magic. An international sensation with rights sold in 26 countries, The Circle is razor-sharp and remarkable from start to finish.

Queer Rep Summary: No canon queer rep as of when I stopped reading.

Did not finish, 14% in. Maybe I’ll try this again someday, but the mood whiplash from the very early, very graphic death which kicks off the plot was too much for me. The plot shocked me and then meandered for a while, I’m sure it has a destination but I’m not ready right now for the journey. 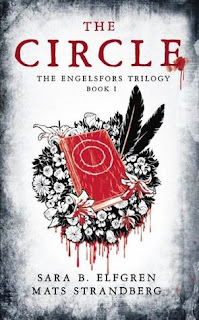