Between Perfect and Real by Ray Stoeve

Dean Foster knows he's a trans guy. He's watched enough YouTube videos and done enough questioning to be sure. But everyone at his high school thinks he's a lesbian--including his girlfriend Zoe, and his theater director, who just cast him as a "nontraditional" Romeo. He wonders if maybe it would be easier to wait until college to come out. But as he plays Romeo every day in rehearsals, Dean realizes he wants everyone to see him as he really is now--not just on the stage, but everywhere in his life. Dean knows what he needs to do. Can playing a role help Dean be his true self?

As a trans person this was stressful and difficult to read. Not because of inaccuracies (the dysphoria felt extremely realistic and very draining), but because it spends so much time dwelling on all the stuff that sucks and how dysphoric the MC feels that I didn’t feel like I got to know any of the other characters. I wish I'd gotten a sense of who his friends are separate from how they did or did not help him come out. Even conversations which weren’t about gender would often fade into an internal monologue as the MC either couldn't pay attention or actively tuned them out. Later on when he's a lot less dysphoric the non-transition conversations would get summaries and the transition-focused conversations would get full dialogue. When he finds a supportive space and starts to have other trans people to talk to him it felt good at first, but then it became clear that the book was setting up tension between him and his girlfriend by him not communicating well and her thinking that his friendships with the trans group were a threat to her relationship with him. For a book so good at depicting how to navigate various medical aspects of a transmasc experience it felt like it sacrificed any attempts at modeling healthy social transition. His girlfriend would probably have felt a lot less isolated and threatened by his new friendships if he’d been able to communicate more clearly with her. I understand that part of it is he's a teenager, and teenagers not doing the right thing is part of writing realistic teenagers, but I find it hard to believe that in the hours and hours of transition video footage he didn't look up anything on how to come out to his family, come out to friends, or come out to his girlfriend. Even a few lines about how he'd seen those and they weren't any help might have fixed it (I read an ARC, so I don't know if the final version has changes like this).

It felt like the narrative had a very medicalized focus on transition. Pronoun etiquette aside (I appreciated that), almost every conversation about being trans had some piece about his body, trans bodies generally, binding, hormones, etc. And that’s a huge part of some people’s transitions, sure, but it meant that often the book felt like it was being trans 101 more than a story. But also, if you don’t know what I mean by “trans 101” “dysphoria”, “medicalized... transition”, or “pronoun etiquette”, then give this a try. It’s pretty accurate to one way transitioning can look and I hope it helps people. I read this as an ARC so it's possible some of my reservations were addressed in the final edit, but it would gut the book and turn it into an completely different narrative to refocus it away from the medical aspects of transition since that is so much of the plot.

Overall I'd recommend this as one transmasc perspective on navigating a lot of the more stressful parts of coming out, even if the MC isn't perfect at it. Seeing some things not work but it mostly ending up okay is really important. I do give the warning that there's a lot of dysphoric ideation and so this might be a stressful read for anyone with dysphoria or certain kinds of body dysmorphia. 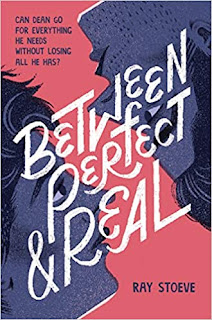