In the realm of Faerie, the time has come for Roiben's coronation. Uneasy in the midst of the malevolent Unseelie Court, pixie Kaye is sure of only one thing -- her love for Roiben. But when Kaye, drunk on faerie wine, declares herself to Roiben, he sends her on a seemingly impossible quest. Now Kaye can't see or speak to Roiben unless she can find the one thing she knows doesn't exist: a faerie who can tell a lie.

Miserable and convinced she belongs nowhere, Kaye decides to tell her mother the truth -- that she is a changeling left in place of the human daughter stolen long ago. Her mother's shock and horror sends Kaye back to the world of Faerie to find her human counterpart and return her to Ironside. But once back in the faerie courts, Kaye finds herself a pawn in the games of Silarial, queen of the Seelie Court. Silarial wants Roiben's throne, and she will use Kaye, and any means necessary, to get it. In this game of wits and weapons, can a pixie outplay a queen?

Holly Black spins a seductive tale at once achingly real and chillingly enchanted, set in a dangerous world where pleasure mingles with pain and nothing is exactly as it appears.

IRONSIDE is about self-loathing borne of receiving cruelty, and figuring out how to live even if you hate yourself. I feel like it spent so long trying to fix things that were messed up in TITHE that it didn't really get to shine, because it does have some pretty good stuff going on. The main quest is interesting, while the machinations and real goals of the antagonist are complex but understandable.

The middle section felt rushed and pretty confusing, there were a lot of moving pieces and the plot is about various tricks and obfuscations, so it kind of fits the story but made for a hectic reading experience. This isn't necessarily good nor bad, but it is a thing. The MC has a major miscommunication and just doesn't get to fix it because the other character is really stubborn. In TITHE that character was also a point-of-view character, and if he'd been one here as well a lot of the confusing stuff could have been cleared up without destroying the contrivance which drives the plot (which is probably why he wasn't a POV character). I don't like it when books use miscommunications in order to drive plots, so your tastes may differ. I do recognize that there were a bunch of things contributing to the characters' decisions, even as I think they make for a weaker narrative.

This is the book in a trilogy, so it's time for the sequel checklist. It wraps up a major thing left hanging from the previous book. The main storyline started within the book and wasn't present in either of the prior books and includes a major thing which was introduced and resolved within the book. It did wrap up some hanging plot threads from the first two books. The MCs are different from the previous book but are returning from the first book, their voices are distinct and fit with what I remember from when they narrated previously. I don't think this would make sense if someone picked it up without knowing at least the first book, TITHE. I maintain that book two, VALIANT, is completely skippable, all of Luis's relevant backstory is explained in IRONSIDE so you'll be fine here if you didn't read VALIANT, but you'd have a rough time without TITHE.

This did a lot to address the Asian rep and queer rep issues which began in TITHE and continued in VALIANT, but some things were still a bit off. While it still mentioned the appearance of random Asian background characters, it also mentioned some other people's ethnicities. Whiteness was definitely treated as a default (only non-white ethnicities were mentioned when describing people), but it got away from the creepy connection between Asian features (eye shape, specifically) and being inhuman which was so troubling in TITHE. It also drops the hyper-focus on the female MC's half-Japanese appearance and works to remedy the situation where the only Japanese rep is someone who isn't even Japanese by bringing in the actually half-Japanese character who briefly appeared in TITHE. As for queer rep, we finally get the male MC being in consensual romantic/sexual situations and working through his trauma from the first book, so that was a major improvement.

Overall I think this did a lot to remedy the problems in TITHE while still doing its own thing. The characters mostly wind up in a better place than they started (the ones who live, anyway). They have a lot of character growth but not so much as to be unreasonable given the short timeframe of the book. 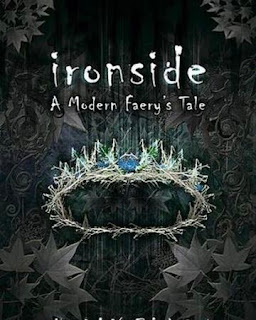