A captivating and utterly original fairy tale about a girl cursed to be poisonous to the touch, and who discovers what power might lie in such a curse...

There was and there was not, as all stories begin, a princess cursed to be poisonous to the touch. But for Soraya, who has lived her life hidden away, apart from her family, safe only in her gardens, it’s not just a story.

As the day of her twin brother’s wedding approaches, Soraya must decide if she’s willing to step outside of the shadows for the first time. Below in the dungeon is a demon who holds knowledge that she craves, the answer to her freedom. And above is a young man who isn’t afraid of her, whose eyes linger not with fear, but with an understanding of who she is beneath the poison.

Soraya thought she knew her place in the world, but when her choices lead to consequences she never imagined, she begins to question who she is and who she is becoming...human or demon. Princess or monster.

GIRL, SERPENT, THORN is a queer story about monstrosity and beauty, full of secrets and longing for what's just out of reach.

This book was absorbing, totally compelling. The style is simple and clear like a great fairy tale, but the characters have depth and feel so vibrant within the easy prose. I like the premise (girl has a curse where she can't touch anyone or they'll die), and the way the nuances of that premise are explored throughout the book was great. It could easily have been a series of people and things she can't touch, but it goes somewhere much more interesting and I like it a lot. One of its strengths is the way the antagonists show a lot of nuance and depth while also being believable as friends or potential romantic interests. How the narrative shifts to change who is thought of as a hero and a villain throughout the story was really good.

This first part of the book was a bit frustrating for me because I spent the first half wishing that the characters could just talk to each other instead of not saying things and then having everything go badly because of a lack of communication. The justifications for why certain things were kept secret felt like it boiled down to "if they talk to each other the plot won't happen, shhhhhhhh stop asking". I liked the second half a lot better, partly because the secrets starting coming out and communication got a lot freer. I love the ending, it lands in a place that feels like real growth for the MC and secondary characters. It fits the story without undercutting the earlier struggles. Overall the story arc makes sense and it needed to establish the frustration of living with all these secrets in order for there to be any tension when they slowly get revealed and resolved, but it did make this a book where I wanted to just stick the characters in a room and make them have a conversation, or several. Eventually those conversations do happen, to be clear. I just get stressed out by this kind of tension in general. 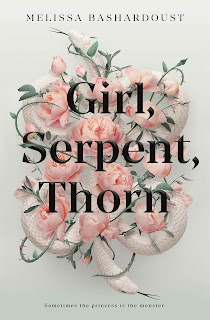