Aristotle & Dante Discover the Secrets of the Universe meets Roswell by way of Laurie Halse Anderson in this astonishing, genre-bending novel about a Mexican American teen who discovers profound connections between immigration, folklore, and alien life.

It’s been three years since ICE raids and phone calls from Mexico and an ill-fated walk across the Sonoran. Three years since Sia Martinez’s mom disappeared. Sia wants to move on, but it’s hard in her tiny Arizona town where people refer to her mom’s deportation as “an unfortunate incident.”

Sia knows that her mom must be dead, but every new moon Sia drives into the desert and lights San Anthony and la Guadalupe candles to guide her mom home.

Then one night, under a million stars, Sia’s life and the world as we know it cracks wide open. Because a blue-lit spacecraft crashes in front of Sia’s car…and it’s carrying her mom, who’s very much alive.

As Sia races to save her mom from armed-quite-possibly-alien soldiers, she uncovers secrets as profound as they are dangerous in this stunning and inventive exploration of first love, family, immigration, and our vast, limitless universe.

If you, like me, thought you might like SIA MARTINEZ AND THE MOONLIT BEGINNING OF EVERYTHING because ARISTOTLE AND DANE DISCOVER THE SECRETS OF THE UNIVERSE by Benjamin Alire Sáenz was a comp title for this book... proceed with caution. They're very different books with very little in common, story-wise. Their main similarity is that they both deal with teenagers who are part of the Mexican-American diaspora, and their heritage matters to them. The plots are completely different, and I hope that someday there are so many books with superficial similarities like this that comp titles for authors of color don't have to revolve around their identities, but rather the content of their stories. Since we're not there yet, I'll proceed with the review.

I couldn't get into this one, it was just not for me. On the off chance that it is for you I will try to summarize what I think it did really well. It has a really cool blend of magic and the fantastic in both the extraterrestrial and the paranormal, building this world where her grandmother's ghost is just as real for her as her dad is, but also letting visitors from space be real too. It has cathartic and realistic handling of healing and shows the MC regaining a sense of agency after some sexual trauma which happened before the book began. The writing style is really beautiful and gives a gorgeous sense of the spaces involved, especially the desert. The MC has a distinct narrative voice and all the secondary characters were very well differentiated. The world-building for places was great, I enjoyed it a lot. I like the MCs relationship with her dad, it's not stress-free but it fits their situation really well. The fluctuating chapter lengths were used really well to help certain moments stand out or to make a point before going on to longer, more involved sections of the story. It helped either build or halt a sense of momentum, depending on what the pacing needed. It handled some pretty bleak real-world topics in ways that fit the story (details in the TWs below), they mattered to the plot but usually weren't played to hype up tension.

Now for the things that contributed towards my intense dislike of the book. If none of these seem like deal-breakers (or they sound great) then you might like this one. There's a lot of mood whiplash, really draining mood switches where you think something's going to be okay, and then it's not, not because of some big status change but just that a tiny thing shifted and now things are bad. The UFO-obsessed character felt weirdly out of place. He was constantly interrupting to just be very very wrong, usually several times in a single conversation, because details of the actual aliens almost never lined up with what the internet told him. I think this was supposed to be funny, but to me it just made the actual explanations drag on because they were filled with a bunch of misinformation that was rebutted or discarded almost immediately. It made it more confusing to track what the actual plot-relevant details were when they were back-to-back with incorrect information. I think it was trying to have the aliens be mysterious and powerful, but it ended up feeling like all their abilities were plot-convenient, so their limits were exactly how much would be needed to tie them to the plot, and their abilities were exactly enough to get things moving once the book began. Obviously that's kind of normal in fiction, but the aliens were so flat as characters that it was like the only thing to know about them was their powers, and those didn't have a theme or a through-line, they were like a fact-sheet that didn't tell me much about them at all.

There were too many redemptions and not enough redemption arcs. This one is tricky because I think one of the points it was trying to make is that people don't need to do anything in order for you to decide to forgive them, it's not something you can earn. However, part of the mood whiplash I felt earlier is that something really bad would happen, then the book would list a bunch of really excellent reasons why, even if forgiveness could happen someday, it's really not time yet... and then the MC would forgive them. The main story takes place over a pretty short period of time, so fitting one of these arcs in would have felt like a lot, but they just kept coming. This happens with her love interest, the person who's been bullying her for years, and one more time almost at the very end of the book where there just wasn't time to get over the level of hurt and pain caused before the book is over, but she gets over it anyway just a few pages later. She starts the book having held a grudge against someone (very justifiably so) for years, which is why I think the number of times she forgives someone without anything really changing was on purpose to show a change in her character, but it just didn't work for me. I won't spoil the ending but I didn't like it. I felt like it undercut the poignancy of most of the wrap-up, returning me to a sense of unease because the book is over but what I thought was the resolution (while sad) wasn't really resolved and now I don't know how to feel. If this is a "to-be-continued" situation I won't be continuing, I'm not hooked and I don't want any more of this. 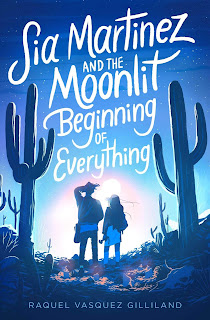