In the stunning and hard-hitting sequel to the New York Times bestseller Dear Martin, incarcerated teen Quan writes letters to Justyce about his experiences in the American prison system.

Shortly after teenager Quan enters a not guilty plea for the shooting death of a police officer, he is placed in a holding cell to await trial. Through a series of flashbacks and letters to Justyce, the protagonist of Dear Martin, Quan's story unravels.

From a troubled childhood and bad timing to a coerced confession and prejudiced police work, Nic Stone's newest novel takes an unflinching look at the flawed practices and ideologies that discriminate against African American boys and minorities in the American justice system.

**Recommendation level edited down from “highly” to “yes” because late in the book a character refers to plans for a birthright trip and it is unchallenged in the narrative. It’s a single line, but casual implicit support of a literally ongoing genocide is a big deal.

DEAR JUSTYCE follows Quan from DEAR MARTIN as he tells his friend Justyce about his life before he was incarcerated during the previous book. Told in a combination of flashbacks and letters to Justyce, this is a contemplation of the past with a chance at having a future.

There’s so much care in this story, it’s evident in every page. In terms of narrative structure, it begins with the MC in prison, waiting for the outcome of his case but not hoping for much. It traces how he got there, how the turning points never felt like choices because of the system stacked against him as a Black boy then a Black teenager, then a young Black man. It's not trying to be a litany of traumas or disasters, the framing is that most of the sudden traumas were a long time ago, and that distance helps a bit. He's slowly gaining the tools to place his life in context and see how the pieces fit together, while also keeping tabs on the present.

Now for the sequel check. The whole point of this story us to wrap up some thing left hanging from the previous book, namely: what happened to Quan after the events of DEAR MARTIN. There are several storylines which start in this book and were not present previously. Technically a bunch of the stuff that is resolved in this book was started in the first one, but this is definitely its own story within the series. I don’t know if there will be any more in this series, it looks like the first one was intended to be a stand-alone book, and this features someone who was a secondary character there. If this is the end of the series, it feels pretty complete, but there are definitely a lot of good candidates for another story if the author continues the series. Quan’s voice here is distinct from Justyce’s narration in the first book. This would definitely make sense if someone started with this book and hadn’t read the first one.

Some of the secondary characters don’t get very much narrative attention here, but given that Quan literally isn’t able to spend any time with most of them, it would be more surprising if they had a lot of space on the page. As it stands, the snippets were enough to remind me of who they were from DEAR MARTIN if they were returning characters, and it was nice to see most of them again. The author is really good at making characters distinct and vibrant with minimal description, and that shone here. 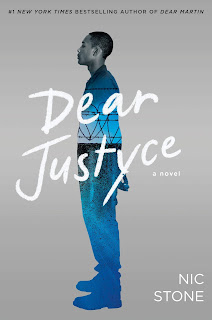