An alternate Victorian world controlled by clock towers, where a damaged clock can fracture time—and a destroyed one can stop it completely.

A prodigy mechanic who can repair not only clockwork but time itself, determined to rescue his father from a Stopped town.

A series of mysterious bombings that could jeopardize all of England.

A romance that will shake the very foundations of time.

A slowly-growing mystery and a sweetly anguished romance, TIMEKEEPER is perfect for anyone who wants some steampunk with their time-manipulation, the stuff of ancient deities in their veins.

The characterization and worldbuilding are great, I like the ways it implies that the world is different from ours without the characters saying it outright (because of course they don’t have ours as a point of comparison. The particulars of the MCs position are more explained because the story really needs that, but things like “what would the existence of the clocktowers change about reality” are mainly implied. The blend of these is nice, I liked trying to puzzle out some of the changes but if you don’t want to devote that energy to scrutinizing the background details the story will still make sense.

The romance is sweet, I especially like the moments when the MC figures out that something is playing out differently than he might expect because of who and what the love interest is. I love a good interstitial between chapters and the ones here were great, building up the shape of the world in ways that complemented the main story. There also were some heisty elements, and a fantastic sequence with time manipulation which was one of my favorite scenes in the whole book. 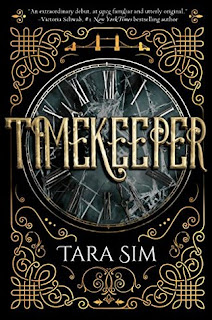