The Gilda Stories by Jewelle Gomez

THE GILDA STORIES spans two centuries in the life of a Black lesbian vampire, following her as she finds family, friends, and connections tethering her to life in the first stages of her journey as an immortal.

The pace is slow, but purposeful. Every section lingers just as long as it needs to convey its piece of this story that spans two centuries. The book is undeniably queer but a lot of the queerness in the early sections is understated or implied because it’s taking place in years and times where it’s not safe to be a woman, to be Black, to be queer. By having the MC be a vampire it takes some of the danger away, transforming it. It’s not gone, not really, it’s not magically safer for her to exist in this world that hates people like her, but it does help as a reader, to know she has something to keep her safe. It’s explicitly about abuse and power and violence and vulnerability, figuring out how to be a creature who could easily survive through violence but not if she wants to keep her humanity, her love for life. The final section flips this and changes which facet of her identity puts her in danger.

The secondary characters come in and out of the MC‘s life, sometimes being gone for long sections before returning again, and sometimes leaving forever, or being left by the MC. But even those she leaves behind in time and by distance often stay in her thoughts. Her fellow vampires have a consistent presence throughout the book, whether just in her recollections of them, her summaries of what’s happened with them most recently, or a few moments in person where the narrative lens aligns with their visits. It conveys this tension between loneliness and community which is integral to the story as the MC figures out how to stay interested in life as the years stretch ever onward. 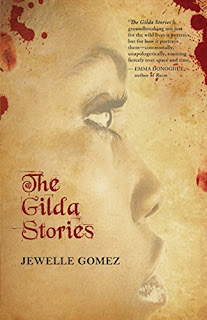