Promise of Shadows by Justina Ireland

Zephyr Mourning has never been very good at being a Harpy. She’d rather watch reality TV than learn forty-seven ways to kill a man, and she pretty much sucks at wielding magic. Zephyr was ready for a future pretending to be a normal human instead of a half-god assassin. But all that changes when her sister is murdered—and she uses a forbidden dark power to save herself from the same fate.

Zephyr is on the run from a punishment worse than death when an unexpected reunion with a childhood friend (a surprisingly HOT friend) changes everything. Because it seems like Zephyr might just be the Nyx, a dark goddess made flesh that is prophesied to change the power balance. For hundreds of years the half-gods have lived in fear, and Zephyr is supposed to change that.

But how is she supposed to save everyone when she can’t even save herself?

PROMISE OF SHADOWS is a darkly fun story of a Harpy who escapes Tartarus to try and even the odds for everyone who isn't a light-filled god.

The narrative style involves a lot of infodumping, but it's strategically placed throughout so that it's relevant information when the reader needs it, either the MC learning something or the MC conveying info to someone else. It’s hard to get away from that in a setting that uses Greek mythology, with a cast of characters so vast, ubiquitous, and fragmented in the modern understanding as to mean that readers will need to know which versions apply here, what twists are in play, and how the probably familiar terms and characters have been bent or played straight. There were a few point towards the end where it felt like the book had to pause and let us know why a significant thing was significant, which seemed to be a downside with this info-heavy style. Overall I like where this landed, it was very engaging and I had a great time. I especially love this version of harpies, that was my favorite piece of worldbuilding, followed closely by the way some roles like Oracle and Nyx are used.

The relationships between the MC and her friends and allies form the emotional core of the book. She doesn't have to be the one doing everything, but there are some very pivotal things that only she can do, and how she handles that combination of helplessness and pressure drives the story.

There was some random ableist language in a couple of places which was frustrating, but it's a minor problem in an otherwise fun book. 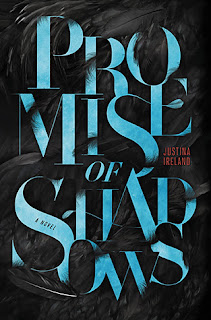