The Vast and Brutal Sea by Zoraida Córdova (The Vicious Deep, #3)

In two days, the race for the Sea Court throne will be over-but all the rules have changed. The sea witch, Nieve, has kidnapped Layla and is raising an army of mutant sea creatures to overthrow the crown. Kurt, the one person Tristan could depend on in the battle for the Sea King's throne, has betrayed him. Now Kurt wants the throne for himself. Tristan has the Scepter of the Earth, but it's not enough. He'll have to travel to the mysterious, lost Isle of Tears and unleash the magic that first created the king's powerful scepter. It's a brutal race to the finish, and there can only be one winner.

THE VAST AND BRUTAL SEA is a fitting end to The Vicious Deep trilogy, with a lot of care for the secondary and minor characters hurt by the roiling battles of the series.

This is a pretty solid conclusion to the trilogy. It wraps up a bunch of stuff left over from the previous book, closing enough to answer the lingering questions but not so much as to make it feel like the characters end when the book does. It has a minor storyline that’s pretty contained to this book, but it’s very much part three of three, I don’t think it could stand alone and it’s not trying to. It definitely feels finished, it completes the quest that is the whole point of the trilogy. I love how it’s not afraid to make this small slice of time take three books to cover, it matches the series length to the stakes, rather than squishing it into one book. The MC is the same as the previous two books and feels consistent with them. This wouldn’t make a ton of sense without the other two books, there’s a lot of characters, a lot of moving pieces, and the stakes were clearly set up and then heightened in the first and second books, respectively, so I hope people read them first before trying this one.

I never really clicked with the narrator and I tended to find the secondary characters to be way more interesting than the MC. But that felt more like me just not clicking with him personally, not anything wrong with the book or the trilogy. The MC is well written, he learns and grows a lot, especially for such a short span of time; enough to feel like growth and not so much as to feel unrealistic. The characters around him have very complex lives that have nothing to do with him since they're all just pulled in by the power vacuum which spawned the whole contest, and I liked the books enough to read all three despite never quite warming up to the MC. Overall I'd say if you like the first two, the series is definitely worth finishing. I know this review is a little lukewarm, so I'd like to direct you over to one of the author's other series set in this same world, The Brooklyn Brujas (LABYRINTH LOST, BRUJA BORN, and WAYWARD WITCH), which I loved and can enthusiastically recommend.

I love what the ending does for the secondary characters, especially Kurt and Thalia. The MC is trying to fix a bunch of stuff that's been wrong for a long time, and does as much as he can with the power he's gained, it really feels like he listened to everyone throughout the trilogy, and while nothing can be perfect he did his best. 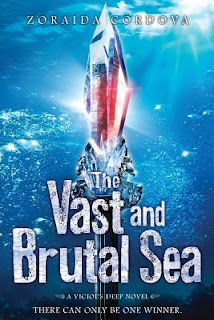