A girl with a special ability. A secret mission. A truth that will rock two planets to the core.

In a world where individuals with uncommon powers are feared by ordinary people, seventeen-year-old Aria must hide who she is or risk being shipped off to an aberration detention facility.

When danger hits close to home, Aria flees in hope of being selected as a colonist for the next Martian settlement. But the selection process is more perilous than she could have imagined, and when her secret comes out, the real danger begins.

This futuristic take on The Little Mermaid will pull you in as our brave heroine fights to find her place in the world and save the person she cares about most in the galaxy. Fans of Marissa Meyer will love this pulse-pounding retelling

I didn't think it was possible for me to feel "meh" about a heist retelling, but here we are. SPEECHLESS is about a teenager named Aria who can breathe underwater because she's an "aberration" in a world mostly populated with otherwise "normal" people. She wants to join a mission to Mars and enters the selection process without telling her father, then is sent on a dangerous secret mission.

Retellings, generally speaking, have one of two directions they can go: either they keep the shape of the original so that the plot and most of the characters are recognizable but exist in a new setting, or they take elements of the original and reshape them into something wholly new which might reference the original but has completely transformed it. Both methods have their strengths and neither is necessarily better than the other. The danger in the first method is that if you do too many things just because the original did them, you end up with a story whose only reason to exist is to remind of you another, possibly better story that you're not reading because you're reading this one. SPEECHLESS stays so near the original that I could predict what was going to happen at a bunch of moments which were supposed to be tense merely because I know what happens in Disney's version of The Little Mermaid. The one time I was wrong about what happened, right at the end, I was disappointed by what I found instead. By following the original so closely, when it finally broke out and did something to suit its own story it turned out that it wasn't a story I liked. It undercut all the emotional buildup and minimized the importance of most of the plot by returning the MC to a state only barely different from how things were before the "Prince Eric" section of the book. The emotional core of The Little Mermaid doesn't have to be the relationship with the Eric character (Enrique in this version), but having it set up as the core and then get yanked away didn't feel great as a reader. If these were my only complaints then it would just be a book that isn't a good fit for me rather than one I actively don't recommend. But it does have more problems, specifically a badly-handled sci-fi version of marginalization and a bunch of ableism.

There are anti-aberration movements including a hate parade which the MC and her brother briefly walk through. It was very uncomfortable for me to, as a queer person, read a scene which felt like it was a thinly veiled allegory for real world hate speech. I suspect but don't know for sure that it would be similarly uncomfortable for people from other marginalized groups who are real-world targets of hate speech. It was there just to make the person with her realize that things were serious for her, but this is someone who should definitely have known the personal stakes already so it felt both distressing and pointless as a scene. It was really stressful and the best thing I can say about it is that it was brief.

The ableism in the text started out seemingly minor and then became more and more obvious as the book continued. The first hint that this text about a character who I was pretty sure was going to stop being able to talk at some point might have some problems with ableism was when she's underwater with her brother and they can't communicate while submerged, despite it being that they are frequent underwater salvagers. I'm not asking for them to necessarily be fluent in ASL, but it was weird that they seemed to have not even very basic personal hand signs for communicating important things underwater when apparently they do this all the time. Later on when the MC does lose her speech she's able to communicate via already-established technology, so that was nice, but her related leg pain (caused by the same device that messed with her speech) felt like it was just in the story to complete the mermaid allegory. The only thing it contributed was to mess with her at plot convenient times. While characters being in pain is pretty normal in stories, I'd like to actually be relevant, please, otherwise I'm just watching someone in agonizing pain for no reason other than that someone had trouble walking in some other story. On the subject of things present just to complete the Little Mermaid retelling, there's an entire character who only exists to make certain parallels happen. This character has very little agency, is a probably mentally ill person who isn't getting the care they need because of [spoiler-filled plot justifications], and, I can't emphasize this enough, is only in the story so that the plot can happen to the main character. I ended this book genuinely more worried about this minor character who never gets to actually do anything than I am about the cliffhanger-filled predicament of the MC at the conclusion of the story. Her story seems way more fascinating than anything going on with the actual MC, and if the plot had turned into a mission to break her out after seeing her predicament I think I would have liked that a lot more (depending on how it was handled, of course). Instead she's window dressing on someone else's story, with less relevance than the object of the fetch-quest.

I feel woefully ill-equipped to get into the layers of terribleness surrounding this next point, but the MC is described as being lighter than the person she impersonates, so along with everything else there’s brownface happening. The text doesn’t dwell on it and it doesn’t go beyond appearance, but it’s still bad.

The pointless ableism is especially frustrating because the big twist around the Mars mission is genuinely interesting and I want to know a bunch more about what kind of world did this, what technology actually works and what's not what was promised. There's a lot of room for some very cool stories in this setting, and maybe any sequels will get there. But I'm not interested in finding out whether they manage it, not after how things went in this first book. 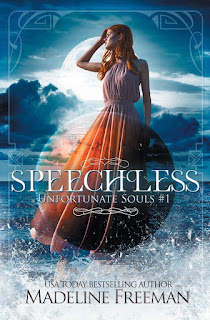 Labels: Recommended: No YA: Retelling YA: Science Fiction