You Should See Me In A Crown by Leah Johnson

Liz Lighty has always believed she's too black, too poor, too awkward to shine in her small, rich, prom-obsessed midwestern town. But it's okay -- Liz has a plan that will get her out of Campbell, Indiana, forever: attend the uber-elite Pennington College, play in their world-famous orchestra, and become a doctor.But when the financial aid she was counting on unexpectedly falls through, Liz's plans come crashing down . . . until she's reminded of her school's scholarship for prom king and queen. There's nothing Liz wants to do less than endure a gauntlet of social media trolls, catty competitors, and humiliating public events, but despite her devastating fear of the spotlight she's willing to do whatever it takes to get to Pennington.The only thing that makes it halfway bearable is the new girl in school, Mack. She's smart, funny, and just as much of an outsider as Liz. But Mack is also in the running for queen. Will falling for the competition keep Liz from her dreams . . . or make them come true?

YOU SHOULD SEE ME IN A CROWN is about a Black bi girl in small-town Indiana who needs to win Prom Queen in order to secure her scholarly dreams. With excellent characterization, a ticking clock which felt like noting time instead of playing up the deadline, and tender portrayals of platonic and romantic relationships, don't miss this one.

The way the timeline was handled was nice, since each section was a whole week it was a good reminder of how much time was left, but without feeling rushed. The MC has a lot of stuff to get done, but the days will take however long they take. Her relationships with her family conveyed a lot of depth even though the story was very focused on what was happening at school. I got a sense of their dynamic and it was nice. Her friendships in general are well-developed, with several of them changing (not always for the better) as the tension of the competition brought some things to light that had languished for far too long.

I love the way the MC's relationship with her male best friend is handled. She's unafraid (especially later on) to say she loves him when describing her feelings about him. That's especially important when she's bi and it could so easily have been set up as "will she date a guy or a girl". Some of the bigoted reactions to her being bi do have that connotation, trying to set her up with him even though she already has a girl she likes, but the MC's view of their relationship is very clear. She likes him, loves him even, and is not trying to date him. The actual sapphic romance is sweet and earnest, with some really great moments and a lot of work put in later in the book to fix some broken communication from earlier on. It's realistically messy without being overwhelmingly stressful, and I love how it turns out.

I was worried that her brother's illness (sickle cell) would be used as a plot device to derail her and that is Not what happens. He's just her younger brother who's living as best he can, and while it does affect him (and sometimes her) in the book it didn't feel like his illness was used for dramatic tension. I'm not qualified to speak on its nuances as disability rep, but at the very least it didn't seem like a gimmick to me.

As a Midwesterner I loved this portrayal of high school in the Midwest. I'm not from Indiana but there are enough similarities to my former Ohio home for this to feel very familiar. If you're also Midwestern a lot of this will probably spark recognition. If you're not Midwestern, yes it's really like this, especially outside of the scattered big cities. If anything, it could have held even more mentions of cornfields and still been spot on. The world-building is great, every new detail fit in to build this picture of a place I know well, and I think it was done in a way that would convey a sense of it to someone unfamiliar with this setting. Yes, I'm including the racism and queerphobia when I say it felt familiar, familiar isn't always nice. 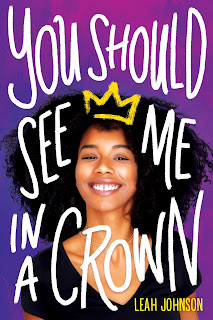