In this riveting, keenly emotional debut fantasy, a Black teen from Houston has her world upended when she learns about her godly ancestry and must save both the human and god worlds. Perfect for fans of Angie Thomas, Tomi Adeyemi, and The Hunger Games!

“Make a way out of no way” is just the way of life for Rue. But when her mother is shot dead on her doorstep, life for her and her younger sister changes forever. Rue's taken from her neighborhood by the father she never knew, forced to leave her little sister behind, and whisked away to Ghizon—a hidden island of magic wielders.

Rue is the only half-god, half-human there, where leaders protect their magical powers at all costs and thrive on human suffering. Miserable and desperate to see her sister on the anniversary of their mother’s death, Rue breaks Ghizon’s sacred Do Not Leave Law and returns to Houston, only to discover that Black kids are being forced into crime and violence. And her sister, Tasha, is in danger of falling sway to the very forces that claimed their mother’s life.

Worse still, evidence mounts that the evil plaguing East Row is the same one that lurks in Ghizon—an evil that will stop at nothing until it has stolen everything from her and everyone she loves. Rue must embrace her true identity and wield the full magnitude of her ancestors’ power to save her neighborhood before the gods burn it to the ground.

WINGS OF EBONY is about family, home, and belonging, and the journey to embrace two worlds and help make them better instead of being torn between them.

This has a “keep running, I’ll explain on the way” kind of style, the book drops the reader straight into the middle of a very tense sequence then establishes the relevant backstory piecemeal through narration and alternating chapters between present and past. It works well, pulling me into the story quickly without getting too bogged down in details, then emphasizing the details later once I had a framework to anchor them. It prompted me to have questions then answers them just in time. I liked this style a lot, and it suits the story well.

For the first half of the book I didn’t really get what it was doing. The flashback scenes were fun and informative, the pacing was fine, and I liked the MC, but I didn’t get “it”, where the book was going, why this story cared about itself and what I’d say to convey to someone why they should read it...and then just past halfway through it gets to the cave and the fire and it hooked me instantly. The first half sets up the MC as having been pulled from her home and everyone she loves to learn magic with a father she doesn’t know and people who see her as an outsider and a curiosity. It was harder to get into because (like the MC) I didn’t get why she should care about being there: she wanted to be home, they begrudged teaching her but also seemed to want something from her, so it needed something more, some piece which explained why she should care about anything in this place. There's some coercive structures keeping her there, but it felt like we were waiting to find out what she could possibly want from the magic world other than to just go home. And then... the cave happens (the actual cave is incidental, it’s just a spoiler-free way to note a before and after in the book). It starts a series of events and revelations which set up an actual reason for her to care about the magic world that doesn’t replace or retract all the reasons she felt displaced before, it validates them while also giving her something new. It turned her journey from one where she didn’t want what was happening but didn’t have a goal into one where she has the information she needs to choose what she cares about and what she’ll fight for.

The secondary characters are distinct without cluttering the story, I was able to track the most important three or four people in each world and have a general sense of the rest. The narrative felt very focused on the MC and how she was reacting, which makes sense for this book but also meant that there were only a couple of secondary characters where I had a sense of who they were beyond what they literally did in the story. What this does very well is establish a sense of who the main groups are as communities, there isn't space in this book to infodump the MC's history with everyone as individuals (nor should it have attempted that), but it was very clear who the MC was in relation to those communities, whether and why she felt like she fit in, and then using that alternating discomfort and ease to propel her actions. I didn't need to know her whole history with any one person in her neighborhood because how she related to them conveyed immediately who they were to each other in a way that anchored everyone. We got a bit more history in the magic world via the flashbacks because it's newer to her and she's still learning about it. 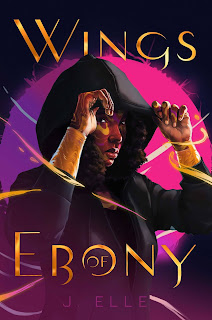