Catch Lili Too by Sophie Whittemore

Lili is a Mesopotamian siren, and life as an immortal being is hard enough as it is. She’s asexual (which is incredibly difficult to reconcile if your entire point as a mythical being is to seduce people to death). She’s also struggling with depression from being alive for so long.

Lili is an absolutely shoddy improv-detective trying to track down a serial killer so ruthless that it makes even her murderous soul uneasy. However, there’s something larger at work than just one serial killer. A small town is hiding an even deadlier, global-scale secret. Forget Area 51 conspiracies. This one beats them all. With magic.

So, what better way to spice up her eternal life than being hired as a vigilante detective to stop a serial killer? Anything, literally anything. She’d trade her left lung to get out of this. Or, perhaps, somebody else’s.

Catch Lili Too is a magical murder mystery concerned with mythology, memory, and mortality. It has a respect for death, a complicated relationship with life, and just the right amount of gore.

The way this book centers the so-called "monstrous" characters and others the humans by default was really well done. It centers the MC's perspective by showing how she thinks with a minimum of translation between her perspective and a human one. I know it's not a new idea to hypothesize that humans are the monsters after all, or some variation on that idea, but this does it in a way that brings everyone, magical, mythical, monstrous, and mundane alike into a middle zone where they all could be capable of anything (including the murders) but are choosing to work together.

I loved the characterization, both of the MC and the secondary characters, it was so good. There was space for characters to assert things about themselves, then figure out something new and grow a little without it wholly throwing off their characterization up until then. The pace at which new secondary characters were added felt really good, just as I got a handle on the dynamics between the current cast there would be a new person or two in a way that made the whole ensemble feel better.  The tension of having a mostly reliable narrator who is convinced she’s an unreliable narrator was an unexpected treat. The MC knows she can’t remember everything, and while she doesn’t actually lie to the reader, there’s a continual worry that we might be missing information or misled because she doesn’t know something she ought to know. This was especially welcome in a murder mystery novel.

The ending made me want more, which is good since this is the first in a series, but at first it felt a little rushed. As I was getting towards the 90% mark in the book I was wondering how everything was going to wrap up because I felt like there was a lot to explain, and then it happened kind of abruptly and everything was clear in very short order. Given what the ending is I think it worked, but it's definitely a slow burn that just needed one final piece of info to make sense and resolve everything, rather than a book with a lot of loose ends to tie up. It made me feel like I need to re-read the whole thing and look for clues I missed earlier, but not in a confusing way. 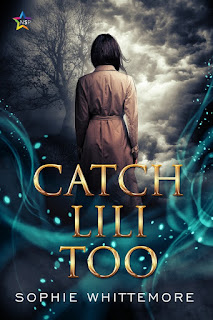