Beyond the Black Door by A. M. Strickland

Beyond the Black Door is a magical journey of introspection and buried secrets in the wake of tragic loss, where the kingdom's fate depends on what's been hidden in several souls.

I appreciate that this book which is called “beyond the black door”, and begins with the MC talking about how they’re not allowed to open said door, doesn’t let the story drag on before the door is opened and exploration begins. There’s enough of a lead-up to build anticipation for the door opening, but the book doesn’t tease about whether or not it will indeed be opened. It has an inevitability and a poignancy without taking too long.

Around halfway through some information about a character was revealed which confirmed something about their identity that I’d been wondering since they first showed up. It was well done, especially since from the start they were behaving in ways that first made me guess at the information, then their actions made me dare to hope I was right, then it was confirmed. It felt like getting a glimpse into someone else's story, besides the MC, I mean. I'm writing this about a very specific thing, but it could actually apply to several things because of how good this book is at foreshadowing.

The pacing felt a little uneven but I think it ultimately works. The first third or so passed very quickly then around the halfway mark the story slowed to a crawl as a lot of information was conveyed through various conversations which were mostly infodumps and revelations. It then picked back up again as it became time to do something about all that information the MC had been given. I do like how when information we already had was discussed, the book tended to refer to the information rather than saying the details all over again. At least partly due to the first-person narration it's a very introspective book. We stay locked in on what's happening in the MC's head, and while she's pretty good about telling us what's going on around her, the focus is definitely internal for much of the time. It works well, especially since the ability to travel inside people's soul rooms allows for a kind of magical mind reading that isn't as direct as the more conventional depictions of it, while narratively allowing for some of the same mischief as the typical kind permits.

The world-building is great and the characterization is really well done. I love the way the antagonists are handled. You could argue for several different people to be the true villain, but there are definitely several antagonists who all get their own resolutions. The thing I love so much about it is that even if that resolution is that they weren't as evil or nefarious as the MC originally thought, there are still consequences for their actions in a way that doesn't lock the MC into requiring a particular kind of vengeance, if any. Attempting to say it simply: this book explicitly leaves space for everyone's actions to be understandable without requiring that they also be forgivable. It's such a vital distinction, and the way it plays out across the whole book was fantastic to read. 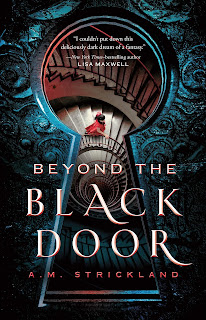