Daimonion is a viscerally creepy with extra viscera (also insects, spiders... swarms in general). It backs up the body horror with interesting MCs and a horrific twist on several mythologies.

I’ve never been quite so grateful to be unbothered by horror related to insects and spiders, because there's a lot of it in here. The horror (arthropod-related or not) is well-handled and genuinely creepy. It felt like the author had a good sense of what traumatic events to show, and what was best left as backstory, especially in the context of horror. The rotating POV characters helped to keep the story moving even when someone was doing something potentially boring (like being in a coccoon unable to move for several days). The backstory involves a lot of bad stuff happening to people, including kids, for a very long time before the book starts and in the time jump between the introduction and the main story, so please take care of yourselves and check the CWs before starting this one.

The way the grander arc of the series is balanced with the needs of this particular volume was so great. I was very immersed in the story, began realizing that there was too much I needed to know and not enough book left, then was pleasantly surprised by how the last few chapters found that perfect stopping point. There's a lot of untapped stuff here for the series to expand on, but most of the main things driving the plot in this volume are settled, one way or another. In particular I like the way that the last part of the book contextualized the significance of things which we knew already, transforming them from their introduction as things the characters needed to deal with or work around just in this story, into bits of a much larger mythos that we don't have the full shape of yet, but I'm very intrigued. This particular blend of mythology and horror has a lot of different directions it could go, but all of them seem good from here.

CW for gaslighting, body horror, sexual abuse (backstory), sexual assault (backstory), graphic violence, torture, gore, major character death, child death, death. Please note that some of the body horror and gore in this book is related to being swarmed by or forcibly ingesting creatures including but not limited to spiders, beetles, and undifferentiated masses of insects.

Clear Your Shit Readathon 2020 prompt: With an animal 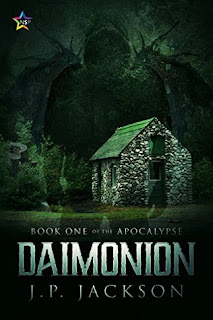