I did not finish Collected Ghost Stories, I made it four stories in (just shy of 50 pages).

I love the cadence of writing from the late 19th and early 20th century, but that's the only thing I liked about this, and that wasn't enough for me to keep going. Contemporary racist and ableist ideas about what is scary played a part a couple of the stories I read (e.g.: casually invoking “gipsies” as being blamed for a child’s disappearance but not actually responsible for it; describing an apparition as dark, sub-human, and low-intelligence based on appearance alone, etc.).

I was disappointed by the endings of the first several stories, they end with the mystery being explained, usually by a narrator, then that’s it. No resolution, nothing. Just the explanation of the event and it ends. My understanding is that the later stories get a bit better, but for me it wasn't worth pushing through. If you want to know what a late-19th/early-20th century white professor wrote as ghost stories, then it's fine for that, but I wouldn't pick this up if I want to read something scary. A couple of the concepts are really cool (a tree full of giant spiders that grows where a woman burned as a witch was buried is a neat story idea), but the actual stories weren't very engaging (even when they weren't actively racist). 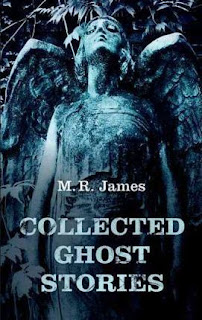