Welcome to the realm of very scary faeries!

Sixteen-year-old Kaye is a modern nomad. Fierce and independent, she travels from city to city with her mother's rock band until an ominous attack forces Kaye back to her childhood home. There, amid the industrial, blue-collar New Jersey backdrop, Kaye soon finds herself an unwilling pawn in an ancient power struggle between two rival faerie kingdoms - a struggle that could very well mean her death.

Tithe wraps smudged eyeliner, smoke, and cigarette ash around faerie wings, grinning past a bloody sword of oaths, duty, and blood. Faeries may be truthful, but they're never safe.

For a very long time, Tithe was the first book I'd reach for when someone told me they’d like to start reading books with fae. It’s full of the grit, darkness, capricious, and wit which, to me, are the essence of faerie stories. The female MC used to play with faeries when she was younger, but as she's interacting with the Courts for the first time in years she's seeing the cruelty and light which is intertwined within the fae. I love the way it depicts what tropes surrounding the fae could actually be like if they played out in the present day.

The characterization is great, all the POV characters feel very distinct, and the secondary characters have enough detail to obviously have their own lives apart from the MCs. The human characters didn't feel plot-convenient, they felt like humans having normal lives and not knowing that this normalcy was in danger from their proximity to the fae. The fae in each court have their own ways of being inhuman, some of them mimic humanity (rarely virtue, frequently vice) and some don't even try. The messaging around trauma and recovery (especially how while you might still love the people who hurt you, you don't have to stay) is really good. It's a book about pain and brokenness, how beauty and pleasure aren't always bound together, and just because pain can feel good you don't need to hold it forever.

As much as I love this book, I do have two major caveats to give before recommending it. I'll give the spoiler-free version of my caveats and then include the more complete spoiler-filled explanation further below. The MC is half white half Japanese, and never knew her Japanese father. Her biracial identity mostly matters early on in the ways that she's fetishized by guys for her appearance. It reads at first as a critique of that kind of obsession with her looks but not really having anything to do with her, but several things about how it plays out later in the book don't fit well. The second caveat relates to one of the male MCs and concerns the way he's handled as a gay teenager. His identity is heavily linked with bondage and masochism throughout the book, and while both of those things can be a lot of fun in the right context, it fills every single moment that relates to his queerness. On the other hand, for someone who is this kind of teenager, that's got to be so freeing. His queerness isn't a big deal, he's not traumatized by it, this isn't a story about homophobia and he usually doesn't feel like a prop. Having a character who's into gay bdsm comics and not ashamed about it isn't standard for a YA protagonist.

Trying to reassess my feelings about this book after writing out my caveats, I do still love it. It doesn't require the MCs to be good or to have the "right" upbringing in order to make things better and to try to do the right thing. As a kid from a broken home, this book was so important to me because it's so messy. It's not polished or pretty, the characters don't have some big internal transformation in order to stand up and save the world or something (Transformations abound, but not that kind).

***Spoilers related to my caveats for this book***

The female MC is assumed to be mixed-race, white/Japanese. I say "assumed" because one of the things we discover is that she's actually the changeling (a pixie) who was swapped out for the actual white/Japanese child of her parents. That child is now in the Seelie Court, either stuck as a child or just aging very slowly (it's unclear). That means that not only is she fetishized by secondary characters for her appearance, it turns out that she isn't actually biracial and literally isn't even human. While I know that there are people who for various reasons aren't connected to different bits of their heritage, this doesn't read to me as an attempt at representation for people in that situation. It feels like an excuse for the MC having "upturned eyes" that are as plausibly Japanese as they are literally faerie, in a way that seems very othering. I've described her as white/Japanese because that's my best read on the character descriptions, this book very much treats whiteness as a default state.

As for the male MC's identity as a gay guy, everything from the way he hints to the female MC that he's gay in their first conversation by asking if she knows the Japanese name for a particular kind of gay Japanese porn (then makes it clear when she finds the comics in his room), to the way he interacts with a particular faery later on in the book, are wrapped up in tropes that link queerness with masochism and bondage. Later in the book he ends up in a very toxic situation (not quite a hookup, more than a flirtation) with a male faerie who uses him for his body and his humanity as an amusement for the Court. It feels like the main reasons for this character to be gay were so that he could be used by a male faery within the narrative and for there to be no question as to whether he might get together with the female MC. It didn't feel like his queerness was about him, at all, and that doesn't sit right with me. It feels like the character is secure in his identity, which is really good, and part of why I still like this book, I love him as a character. But, thinking about the way that his gayness is convenient for the plot, it feels off.

Clear Your Shit Readathon 2020 prompt: Character you want to fight 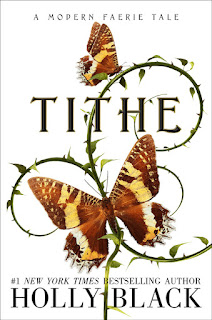