The Art of Saving The World by Corinne Duyvis

The Art of Saving The World is an artful subversion of the "big damn hero", taking someone exquisitely ordinary and doubling (quintupling?) down on her to great effect.

In this book, there’s a literal capricious and mostly-powerful but extremely mysterious force putting constraints on the MC’s movements. Which force you think I mean will likely change throughout the text, as there are several contenders for the title. The story has a lot of uncertainty built into it: the MC is a pretty reliable narrator, but there are a lot of factions who are actively lying to her which means that at several key points she discovers information which recontextualizes earlier events. I think it's handled well and I enjoy that kind of twist, so I had a good time. I like the balance between introspection and action. The story really embraced the idea of "hurry up and wait" which fit the kind of crisis being solved and gave space to breathe between action pieces.

This feels like it encapsulates the reasons sci-fi and fantasy are often placed together as a genre, for by blending the two you can get awesome results which would be difficult to obtain by staying strictly within one of the two genres. This does lean a bit more towards fantasy in terms of how the MC approached the challenges, but the government people were acting like this was definitely a sci-fi story and that disconnect in approach helped to naturally drive some of the tension. I like the setting and most of the characters, but I loved the dynamic between the MC and her copies. She had a different rapport with each of them and we get glimpses of they having different interpersonal relationships and levels of comfort with each other, all of which combined to make them feel like their own characters even when they could have had personalities as identical as their general appearance.

I have mixed feelings about the way that the ending subverted the "big damn hero" tropes, but most of that stems from my being a person who generally needs closure. The ending has this open sense on purpose, conveying that there's more life to live and I like that idea in theory but can't quite convince my anxiety that it's good in practice. One place where the subversion worked really well was towards the middle of the story when we find out that someone isn't happy with how the MC is handling things, and it aligned neatly with my then-complaint that it felt like a lot of the story was happening near her without her being the one to take charge. This clearly was on purpose, so that eased some of my frustration and I was able to enjoy the narrative arc more. I agree that this ending was the best outcome, but there was an unsettling anticlimax in the execution. Again, there's a lot of genre subversion going on so that sense of anticlimax was probably on purpose, but I remain unsettled. I'm a person who needs obvious closure, so if that's not an issue for you then you'll probably be fine. 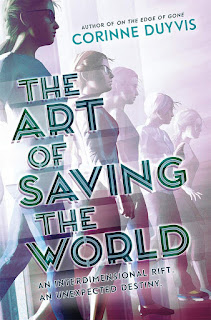