An Enchantment of Ravens by Margaret Rogerson

An Enchantment of Ravens is a human/faerie will-they/won't-they romance with great prose and light world-building. If that sounds fantastic to you, keep reading, this might be your ideal book. If I just described a terrible time for you, then feel free to move on. Looking at other reviews, this book seems split between people who just loved it for what it is and those who hated it for what it's not.

The lens of this story is focused tightly on the two main characters as the MC is kidnapped by her eventual love interest and initially forced to travel with him. We learn a little about a couple of secondary characters by spending more time with them in the second half of the book, but it isn't really about them or about exploring the setting. It's a romance full of will-they/won't-they, with an interesting wrinkle that "will they" might actually be a bad option in this world. It created a decent sense of tension that complicated my feelings about whether I wanted them to be together and was very effective for gradually raising the stakes.

While the book generally treated the secondary characters as background in low focus, I loved the (very different) treatments of Lark, Gadfly, and Aster. Lark genuinely felt like a faerie version of a kid, whether it was by relative age or just a matter of temperament was unclear, but her version of faerie callousness was a recognizable kind and it gave me an in for her character. I liked Gadfly better in the second half than the first, and that's all I can really say without spoilers. His early understatedness had a great payoff and I loved it. Aster's story was heartbreaking in the best way, I would love to get more of her story but I suspect that this small dose of her was the most satisfying version.

I loved the ending, it pulled together some little details that had seemed arbitrary or inconsistent to finish the story in a really great way. 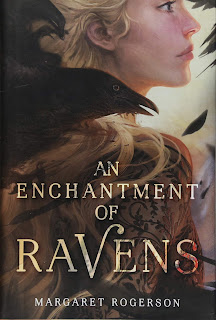