The Year Of The Witching by Alexis Henderson

The Year Of The Witching ties together sexism, racism, and patriarchal religion into a dark and bloody horror story of a girl fighting to escape the constraints encircling her world since her birth.

I have an active fear of childbirth and a general revulsion to portrayals of it. That means this won't be one I personally want to re-read, but if you don't have that aversion and you like horror, this book is fantastic (make sure to check the CWs). It takes a lot of elements common to cults and religious horror and turns them into a powerful personal story about engaging with legacy and standing against abusive systems. It never lets you forget that this is a horror novel, but there are stretches where the intensity abates to focus on quieter moments between characters. A lot of the horror is found in silence and complicity in the highly abusive system which dominates the MC's existence and guides most significant events in her life, while the high-stress moments are when she takes steps to challenge everything she's ever known. It rides a fine edge of discomfort, usually without becoming more than I could handle.

I'm torn between wanting to re-read it and knowing that I'll have to be in a very calm space before I can handle reading it again, but horror fans should love it. 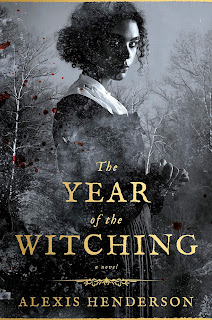