The Savage Blue by Zoraida Córdova (The Vicious Deep, #2)

The Savage Blue continues Tristan's quest from The Vicious Deep, stretching him to his limits as alliances shift and loyalties are complicated. How long can he stand between two worlds before he must sink or swim?

I like the MC a little better in this book than the first one, but I think that what I'm enjoying the most in this trilogy is the way that expectations and destiny are stretched and misconstrued. The fetch quest/competition feels like it connects a series of character moments as the MC tries to balance the competing interests of the people and creatures he cares about without controlling their lives. It deals with legacy and generational trauma and I like the turn the story takes in the midpoint of the trilogy. I know that stories dealing with oracles often have some version of "you were wrong the prophecy actually meant this", but I was genuinely surprised by this one and I'm looking forward to how the trilogy wraps up in the next book. If book one set up the world and expectations, this one is about what the MC and secondary characters decide to do with those constraints, whether they're going to lean into them, challenge them, or shatter them entirely. I continue to love the creatures, there were a few that were brand new and a lot that we met in the first book. The designs for the various oracles in particular are really great.

In my review of The Vicious deep I noted how the MC was kind of sexist in a way that felt realistic for a teenage boy, but that I hoped he’d learn to be less sexist as the trilogy progressed. There wasn’t really a big moment where he learns better or something, but I’m happy to report that a lot of the sexual focus on other people’s bodies went away in this book and it felt a lot better to read. He’s still a teenager in love and trying to figure out what he wants and with whom, but it feels like it’s more about the people. It does feel like character growth and not just a dropped personality trait, so I'm pretty pleased with how it's handled here.

Now for my usual book two check. This gives closure to a pretty big traumatic event from the first book in a way that has suitable gravitas without slowing the story down. I don't think it has a storyline which starts in this book but wasn't present in the first book. That's not a bad thing, but it means this is thoroughly part two of a longer story and can't really stand alone. There are some pretty big things left to be resolved in the third book and I'm excited to see how they turn out. I don't think this book would make sense if someone randomly picked it up and didn't know about the series. Again, it's book two of a trilogy, so that's fine, but it has a different feeling from, say, the author's later series in the same universe (Brooklyn Brujas) where you could pick up the second or third book and get 90% of what's happening. 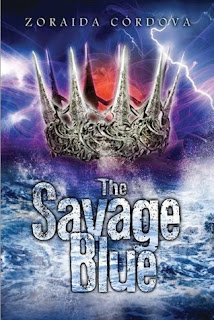