A Line In The Dark by Malinda Lo

A Line In The Dark is about relationships, secrets, and the ways that unvoiced tensions can bubble over until shouting feels like the only way to breach the silence.

I was engrossed from beginning to end. The characterization is strong and there's just enough setting established to make it feel like I really knew a couple of spaces that were important to the plot without having to worry about how everything connected (there's more geographic detail I couldn't hold in my head, like some connecting streets, but the superfluous stuff wasn't overwhelming). It's a story that runs on interpersonal tensions and difficult-to-voice feelings between older teenagers, so you'll either love it or would just be better off skipping it. There's a difficult line to walk with the MC as an unreliable narrator, she's generally honest about what she thinks, but there's a level of denial running through the feelings she is able to voice which means that the audience knows why she says what she says, but some of the tension with the other characters is created by her inability to express herself. It creates a space where I was inclined to side with the MC, but we get enough information about the non-POV characters to completely understand where they're coming from and why they're reacting to her in any particular way. I'm normally very stressed out by stories where someone is lying to someone who is important to them about a major thing, but this didn't prompt that in me (or at least not in a bad way). Being able to get where everyone was coming from (and getting glimpses of the various levels of self-denial about certain things) helped mitigate that tension for me while still keeping the story very engaging.

I loved this one and the ending makes me want to re-read it so I can go through the whole story again now that I know how it wraps up. As soon as I finished I was flipping back through it to see different pieces recontexualized. I definitely recommend for anyone who wants a quick thriller which is driven by interpersonal tension. It's not full-on horror (and it's not trying to be), so it's great for people who want something tense but not extremely scary. 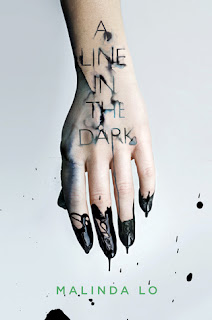