*I received a free review copy in exchange for an honest review of this book.
Social Media Central is a strange blend between a romance and a murder mystery, all in the middle of a dystopia predicated on people being "too online".
This posits a dystopia that has all the flaws of a more online existence without any sense of the very real benefits. The premise didn’t have to be ableist, but the consistent grating insistence that anything online isn’t “real” and that everything ought to be done in person seemed to ignore they ways that people get left out when thing are impossible to do remotely. However, in the particular dystopia, the way that things are being done online instead of in person is described as having caused a lot of social damage because the reasons for going more online were broadly nefarious. I didn’t like it at first but I appreciate where it went with the premise, and I like most of the resolution.
One thing it does capture pretty accurately is how fickle online followings can be, then ramps that up as part of the dystopia. The main problem I have with the flow is it feels unbalanced. Early on we get all the reasons that massive groups of online followers can be extremely toxic, but smaller personal connections online are also portrayed as false. It turns out there’s a pretty good reason for the MC to feel that way within the book, but it was pretty frustrating to feel lectured for being online for the first half of the book, then grateful I don’t live in this particular megalomaniac’s dystopia for the second half.
The protagonist judges people for being too online and neglecting “real” relationships, but early on his constant drips of sexism and random body-shaming in his internal monologue make me think he’s definitely not as mature as he thinks he is. He thinks about various features of women’s bodies in what felt like very stereotypical cis/het/allo male thoughts from other books I’ve read, but when he’s thinking about men it feels so different and much less awkward. It feels like the author created a bisexual character by using how straight men talk about women, and how gay men feel about men. And, hey, that’s one way to get a character‘s thoughts, but since the thoughts about women are front-loaded in the text it was pretty off-putting because it made him feel like a sexist jerk who thinks he’s more authentic because his sexism is in person. I liked him a lot better in the second half when he figures out he also likes men and starts having romantic thoughts that don’t feel so objectifying. It's not character growth in terms of thinking about partners though, because even once he's knows he's bi his thoughts about women are just as objectifying (if less frequent, for plot reasons). I do appreciate that by the end he’s canonically bisexual, it isn’t portrayed as him switching from straight to gay.
Overall I like the second half a lot better than the first, and I'd recommend it to anyone who likes a murder mystery in the middle of their romantic dystopia. I don't think that's me, but I know you're out there somewhere.
CW for body-shaming (minor), sexual assault (minor), sexism, suicide, major character death. 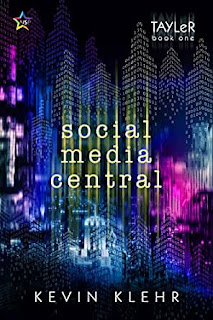