Anya and the Nightingale by Sofiya Pasternack (Anya, #2)

The adventure continues in this exciting sequel to Anya and the Dragon in which a dangerous monster lurks beneath the city and only Anya can keep him from taking her friends’ magic—and their lives. Perfect for fans of The Girl Who Drank the Moon.

Anya and the Nightingale is a moving and exciting fantasy which feels adventurous and often fun while also dealing with death and loss. A sequel even better than the original, don't miss it.

I loved this story, I actually like it more than the first one. It feels like it's settled into the feel of the series, it's more comfortable with the world. The ending make me laugh so much, it was just this perfect moment which was a great emotional resolution for the characters. The characters, old and new, work so well in this story. I appreciate the way it balances having a light and adventurous tone while still dealing with serious issues like death and loss. The MC deals with what looks like PTSD (including flashbacks) from trauma in the first book. It's handled pretty gently for the reader, making the MC's distress clear without dwelling in ideation which could be triggering. I liked how it's showing her trying to process what happened, it gives the previous book a gravitas that shows how she was affected without stopping this new adventure from happening. One of the secondary characters deals with dysmorphia from having his body transfigured, and his reaction to that was handled very well. The book spends an appropriately long time dealing with it, but balances it so it doesn't halt the main story.

This is a fantastic sequel which addresses the issue I had with the first book (unchallenged queerphobia) in a beautiful way, I'm very happy with it. As for the book itself, I'll run through my normal book two check. It makes progress on several major things left hanging from the first book. I wouldn't quite say it wraps them up, but I'm very satisfied with the developments in ongoing events, especially when it's very clear that there will be another book. The titular storyline in this book wasn't present in the first one (and I love it, it's so good!), and as part of that there are several major things which are introduced and resolved within this book which weren't part of the first one, even if some bits of the groundwork were set up earlier. I'm also pleased to report that there is at least one major thing for the next book to address, so I'm eagerly awaiting the next entry in the series. I think this book could make sense if you picked it up without reading book one... but this is book two so you should probably go read book one and then come back for this one, it'll make more sense.

Overall this is a great adventure in a well-developed setting and I'm excited to read more. 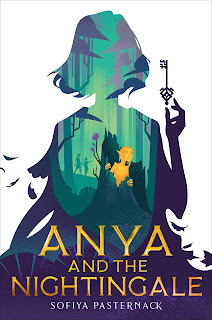