We Hunt the Flame by Hafsah Faizal (Sands of Arawiya, #1)

People lived because she killed. People died because he lived.

Zafira is the Hunter, disguising herself as a man when she braves the cursed forest of the Arz to feed her people. Nasir is the Prince of Death, assassinating those foolish enough to defy his autocratic father, the sultan. If Zafira was exposed as a girl, all of her achievements would be rejected; if Nasir displayed his compassion, his father would punish him in the most brutal of ways. Both Zafira and Nasir are legends in the kingdom of Arawiya--but neither wants to be.

War is brewing, and the Arz sweeps closer with each passing day, engulfing the land in shadow. When Zafira embarks on a quest to uncover a lost artifact that can restore magic to her suffering world and stop the Arz, Nasir is sent by the sultan on a similar mission: retrieve the artifact and kill the Hunter. But an ancient evil stirs as their journey unfolds--and the prize they seek may pose a threat greater than either can imagine.

WE HUNT THE FLAME drips with lush descriptions and evocative imagery, linked by the often scattered thoughts of two very different narrators as circumstances and a bit of a death-wish pull them inexorably closer.

I loved the setting and most of the characters. I was frequently lost in the prose of an individual moment but I find myself now able to recall the entire story, somehow whole in my mind even as the scenes sometimes felt scattered. If you’re reading this for the beautiful setting, twisting quest of a plot, and intense yearning to belong, you’ll love this. I plan to read the sequel because I want to know how this story ends. It’s literally part one of two, so a lot of stuff was left open to be handled later, but there’s a definite endpoint to the initial quest which brought everyone together.

The world-building is really really good, especially around language. The text is full of places where a word is left untranslated from the speaker's dialect (or possibly a completely different language, depending on the instance) and the point-of-view character thinks about the meaning in a way that conveys the translation. It happens a lot and helps to deepen immersion in the setting, since the the various regions having different dialects/languages is a very important part of this world.

If you’re planning on reading this because you heard it was queer, my answer is that it probably is, but I cannot predict whether you’ll be satisfied by the portrayals within.

There’s a character whose every word drips with what looks like queer longing, but the main person he’s been possibly flirting with is completely off limits for plot reasons and he knows it the whole time. There’s a woman who dresses as a man and jokes about kissing her sister of the heart, but they don’t kiss, she drops the masculine guise very early on, and she ends up with a guy. It feels either like it was heading for maximum queerness in a society which punishes women simply for existing (the male guise was necessary for the main character to feed her family), or one which describes very intense bonds but resolutely caps any possibly queer bonds at platonic, no matter how intensely they banter and stare at each other. I don’t know whether almost everyone was straight or if several key characters were bi, but the book also doesn’t provide an answer. And so I’m left with “is it queer? Yeah, probably. 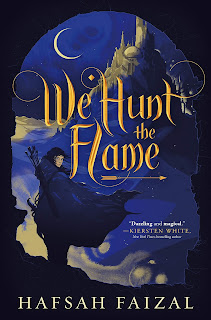