When Matt is unexpectedly transported to the Scriptorium of Padavia University, he discovers he is a Stravagante who can travel through time using his talisman, a leather-bound book. Together with Luciano and Arianna, he must fight the dangerous di Chimici clan who are on the verge of making a terrifying breakthrough into our world.

CITY OF SECRETS drops any coyness about being a magical cure narrative and goes for it almost immediately. Matt is dyslexic and struggles with reading, but in Talia he can read easily. It’s true that in Talia Luciano was always cancer-free, but somehow this feels more egregious to me, even though neither boy can take this “cure” home to England with them.

Ultimately I became frustrated with the strange pacing and the way this doubles down on treating the Manoush as magical, where Aurelio (a blind Manoush man first appearing in CITY OF STARS) is extra magical even for them. My original impression of the Manoush is they're the Talian version of the Romani, so their increasing role as oracles who pop in and have special powers plays into a bunch of real-world stereotypes.

I don't like Matt, I don't like how he treats his girlfriend. He spends so little time with her that I got a third of the way in and all I know is she's named Ayesha, he's jealous when she has male friends, and a little of what she looks like.

Quitting while I'm ahead, this was better as a trilogy. Georgia and Nicholas's storylines were specifically, definitively wrapped up in CITY OF FLOWERS, so them hanging around now feels so pointless. The scenes don't even focus on them when they do show up, it's just like "hey, remember characters you actually like? here they are!" I don't like that at all. 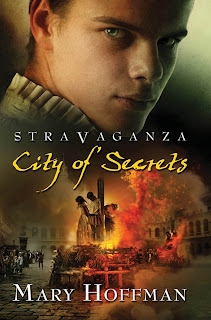