The Cruel Prince meets City of Bones in this thrilling urban fantasy set in the magical underworld of Toronto that follows a queer cast of characters racing to stop a serial killer whose crimes could expose the hidden world of faeries to humans.

The "ironborn" half-fae outcast of her royal fae family.

A tempestuous Fury, exiled to earth from the Immortal Realm and hellbent on revenge.

A dutiful fae prince, determined to earn his place on the throne.

The prince's brooding guardian, burdened with a terrible secret.

For centuries, the Eight Courts of Folk have lived among us, concealed by magic and bound by law to do no harm to humans. This arrangement has long kept peace in the Courts--until a series of gruesome and ritualistic murders rocks the city of Toronto and threatens to expose faeries to the human world.

Four queer teens, each who hold a key piece of the truth behind these murders, must form a tenuous alliance in their effort to track down the mysterious killer behind these crimes. If they fail, they risk the destruction of the faerie and human worlds alike. If that's not bad enough, there's a war brewing between the Mortal and Immortal Realms, and one of these teens is destined to tip the scales. The only question is: which way?

Wish them luck. They're going to need it.

I love Fae and Greek mythology, so when I realized this was going to give me Tisiphone and the High Court all in one book I was intrigued. Ultimately I’m stopping because it feels like it’s trying to do too much, and by trying to remember the many characters and track the complex blend of two already massive paradigms/pantheons... it got to be overwhelming. The Furies are great, and the Furies plus the Faerie Courts would be really cool, but the Furies, the Greco-Roman creation myth, complex systems for inheritance, political machinations, a serial murderer (or murderers), and the marginalization of the faeries (which are different from the Fae), and the persecution of the Ironborn (which could variously be considered Fae, Faerie, or human?)... it’s a lot. It would be a lot for even a trilogy to establish gradually, it begs for the room to have major details conveyed simply at first and then expanded, distorted, and recontextualized over the course of two books minimum. You can do really cool narrative things with “knowing” something then finding out your information was wrong and it changes how you think about what came before. Here things were established, rebutted, and adjusted so quickly I’m not even sure if they were supposed to be changes at all. I made it just over a third of the way through and I feel overwhelmed by the world and underwhelmed by the plot.

My one regret by not finishing this is I won’t know how things resolve for Tisiphone, but there’s too much extraneous stuff around her very interesting backstory for me to get fully into this one thing I like.

Full CWs provided from the Author’s Note. TWs may be incomplete. 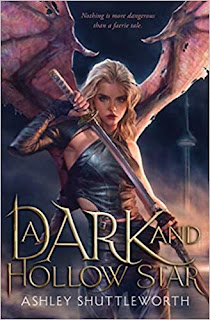