If you've been following my reviews for very long you're probably aware that I'm a big fan of heist narratives. I shared some of my thoughts about ensemble casts in heist narratives in my recent review of THE DISASTERS by M.K. England, this is a fuller version of my heist-specific thoughts which will avoid spoiling the media it discusses.

Firstly, what is a heist narrative? This is my personal definition and it's definitely based on how the story feels as much as it's based on the exact characteristics of it. A heist narrative is generally one where a small group of people (At least two but fewer than twenty) have to work together to do some escapade which primarily involves going someplace dangerous and forbidden for the purpose of retrieving-slash-stealing something significant or valuable. That someone steals a thing in a story doesn't automatically mean a heist occurred, and sometimes things where nothing is actually stolen can still have all the major trappings of a heist. If just one person is going someplace forbidden to take something they ought not, that might technically be a heist but it won't have the associated tropes I'm discussing here.

There are four basic kinds of ensemble casts for heists, I've divided them based on how they end up as a group for the heist in the first place. It's either a completely random group of people who happened to be around when things got bad and heists were needed ("unplanned"), they were picked by one (perhaps two) masterminds/leaders who chose this group for this heist ("mastermind"), they're an existing group who for some reason needs to do a heist ("pre-assembled"), or one person who has been working alone needs people to help a ways into the story ("hero needs a crew").

The least planned version is the "unplanned" type when no one picked the group, they're who was here when the action kicked off and for their own reasons they end up working together to get the thing done. They don't already know each other, they probably don't all get along, and part of the story is probably about how they don't have what they need so they make do with various contrivances to make it happen. It's messy, chaotic, and they'll have at least one major fight because they don't already know how to exist working together because they're brand new to each other as people. To me, the biggest mistake you can make in the "random ensemble" story is not having there be tension based on clashing personalities or conflicting goals. If they didn't already know each other but also there's no adjustment period then it'll probably feel weird if there are no tensions because of quirks or even something as simple as differing conversational styles. They don't need to hate each other (if they do then they probably wouldn't manage to do the heist anyway), but part of the characters getting to know each other and the reader/viewer getting to know everyone is seeing those tensions rise and get resolved. It also can feel very unrealistic if no one selected the group but they also coincidentally have everything they need in order to get things done. Finding the tools to even begin the heist is a great part of this story. This is the style of heist that's in "Guardians of the Galaxy", and part of the fun there is watching these people work through their differences and figure out how to come together to do something dangerous and important.

When someone picks all the people to be in the group, while they might not all know each other, they all know the person who brought them in, they trust that mastermind/leader enough to hold the group together long enough for the plot to happen. I'm referring to this as the "mastermind" type. Alternatively the plot is about how the group couldn't actually hold together, couldn't trust each other in the absence of previous ties (or because of much stronger outside ties), etc. This is your basic "Ocean's 11" type of story ("Leverage" also starts out as this and then turns into the third type). What's key here is that someone picked the group, someone thought this group of people could work, and so it's realistic for them to have exactly the skills needed for the initial heist because they were literally chosen for this thing. It doesn't break immersion for them to have a crew that has someone with a bizarre and perfectly suitable skill needed for the heist if the need was known before the crew was chosen. Part of the fun there is in seeing how the strange skills hinted at or explained early on will come into play in the heist, not whether they'll be needed at all.

When an existing group of people who already know each other or have been working together on other plot things for a decent chunk of the story suddenly find themselves needing to do a heist, there's room for a lot of really cool things to happen. This is the "pre-assembled" type. Either the heist is a main thing in the story or it's a diversion, but either way the characters know each other pretty well beforehand. There's room to play off of existing tensions and dynamics, there's a lot of history, and if things go badly because of personal disagreements then it can get really tense because they have a lot of backstory to use as reasons for conflict without it feeling petty. While a story might start out in this category, in a way this is the endpoint of all serialized heist narratives because you can only have a totally brand new group when it's the first time. They have whatever tensions and interpersonal conflict already existed in the group, but this heist isn't how they're getting to know each other. They probably have the skills they need for the heist because they were already a group beforehand, and if they don't then the story might be about how they need outside help to do one pretty major thing or address an unexpected complication. If this is a sequel to one of the other two starting types, then that outside help is probably the new member of the crew who will join going forward ("Ocean's 12", "Ocean's 13"... you get the point).

The fourth distinct type is "hero needs a crew" which doesn't sit neatly in any of these types. Here the narrative has been following one person on their escapades for a while, then suddenly they hit obstacles they can't surmount alone and they reach out to the people they met along the way to created a crew for the big event. This can feel closer to "unplanned" or "mastermind" depending on the story, but to me the difference is that a significant part of the story has happened before they assemble the crew, and that they didn't come together in a meaningful way before the heist was being planned.

There are obviously variations on these basic types, the key is knowing what you lose and what you gain by changing it up. For the unplanned type, one fun variation is when it's secretly the mastermind type, they just didn't know they were picked. It removes the element of trust which the regular mastermind variety has, since they're unable to diffuse interpersonal tensions by remembering who brought them together and how important it is, etc. For the mastermind, one variant is for them to have been lied to about what they were supposed to do, the reason they were brought together, or who actually assembled the group. For the pre-assembled type, an interesting twist is when this is the first story canonically but also the group already knows each other. That leaves room for everything I listed before with the added tension that the audience might not already know what issues are in play. A subtype that isn't restricted to any of the main types is when a heist occurs in the middle of an otherwise non-heist story. That will by necessity be a blend of at least two types because if the story is well on its way then even a new group can move like an established group for the duration of whatever briefly heist-y scene takes place within the main story.

If you appreciated this breakdown of various types of heist ensembles, you may enjoy the following books (Bookshop links are affiliate links): 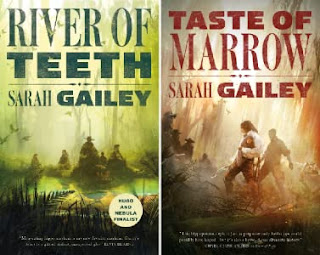