There is one version of my story that everyone knows. And then there is the truth. This is how it happened. How I went from being Peter Pan’s first—and favorite—lost boy to his greatest enemy.

Peter brought me to his island because there were no rules and no grownups to make us mind. He brought boys from the Other Place to join in the fun, but Peter's idea of fun is sharper than a pirate’s sword. Because it’s never been all fun and games on the island. Our neighbors are pirates and monsters. Our toys are knife and stick and rock—the kinds of playthings that bite.

Peter promised we would all be young and happy forever.

LOST BOY is a nuanced and grief-filled portrayal of gaslighting, death, loss, and manipulation where it becomes unmistakably clear that Peter is the villain.

This shines both as a retelling and as an original story. Peter Pan is an interesting starting point for retellings because he and his story (at minimum) offer opportunities to either play up the wonder of childhood and the adventure offered by the island or to explore the darkness in having a place filled with fear and violence but little protection which generally requires magic to leave. This is unabashedly of the second ilk and there the story is the strongest. It's a book about kids slowly losing their innocence and breaking more and more until the grief and disillusion force them to literally grow up as they stop believing in the person who promised to let them play forever. That promise carried within it poison, a threat from the beginning as "can" play forever twisted into "must", and every wave of glorious games brings with it pain and death. Play isn't play if you never get to stop, and games don't stay fun when there's always the same winner. I love Jamie as a narrator, his voice strikes just the right balance of sounding jaded with enough room to lose even more innocence before the story is through.

I have two major criticisms but neither of them were enough to make me dislike the book as a whole. The rest of this review will contain minor spoilers, but the spoiler-free version of my critique is twofold: Firstly, I think the way the loss of hands is handled changes the original (animal attack) backstory from one of misfortune to one of malice. It stinks of ableism in a way that makes me uneasy, but I don't have the perspective to know for sure if it's a problem or just kind of odd. Secondly, it misses the mark in its attempt at fulfilling the time-honored Peter Pan retelling tradition of playing with gender in interesting ways. The way it chose was jarring and ultimately boring.

Read LOST BOY for a story where growing up feels like breaking by inches, and everyone Jamie tries to protect becomes another way to hurt him.

The idea that the person who would eventually become Captain Hook first spent a very long time chopping off other people's hands at first was intriguing, it has a "what goes around comes around" feel to it. But what happens instead is that the combination of those mutilations and how sickness is treated by Peter it makes it clear that any kind of imperfection is not only not tolerated, but it makes the person boring to Peter and his boredom is deadly. It seems like on this aspect of abuse the book gets so close to saying something powerful and then just doesn't. The fact that when Jamie was cutting off the hands of every First Mate they then lost that title establishes the pirates as similarly intolerant of this particular physical weakness. Narratively this leaves room for something really great where Jamie is able to be Captain in the end even after losing his hand. However bound up in the idea of the villainous Captain Hook having only one hand is the ableist revulsion at the idea of someone with one hand. When given the opportunity to turn this premise on its head, LOST BOY instead accepts the loss of Jamie's hand as part of the process of Peter turning him into a monster for the future Lost Boys to revile. Ultimately I don't know where I land on this because the endpoint is known: it's a Peter Pan retelling and so Captain Hook is seen as a villain and has one hand. I just wish this said more along the way.

There's a lot of cool ways to explore concepts of gender in a Peter Pan story, especially one which has the title of "Lost Boy" so prominently displayed. To me, "actually one of the lost boys is a cis girl" wastes that potential space of exploration, especially when the reveal is based on physical characteristics. I'm torn between two reactions. On the one hand, Jamie's instant embrace of Sally's identity and accompanying pronouns has just enough tension between whether to call her "Sal" or "Sally" that it shows that internal struggle of adjusting to a friend's name change without making it about him. If she had told him her name and pronouns in confidence or something it could have been if not great, at least a lot better. The text makes it clear that she considers "Sally" to be her real name and was masquerading as a boy because she thought it would be safer (according to the text, she wasn't wrong, at least where non-Peter dangers are concerned). My problem with this portrayal is that the pronoun switch happens as soon as he glimpses her chest, whereupon he begins using "she" and "her" then asks her real name. It turns what could have been a cool moment into one that feels transphobic because its very framing and execution ignores all possibility of transness in a moment ripe for it. The book erases implicitly the possibility that Sal could have remained Sal to everyone, let alone other possible combinations of identity and revelation in an island that's supposed to only be for boys. 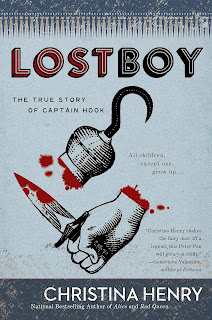