Animorphs Book 9: The Secret by K. A. Applegate

Cassie works through the tension between her ideals and the reality of war with the Yeerks, wrestling with the cost of survival for the human, animal, and alien bystanders. The nightmares are getting worse for everyone.

Each of the Animorphs have their own sense of morality and that starts to really stand out in this second round of perspectives. Cassie has the most empathy for the animals caught in the various crossfires and it's usually in her books that the most attention is paid to the Controllers who are hurt by their fight. The thing I don't understand is the decision to have this cover art feature a wolf when skunks feature WAY more prominently in this one. 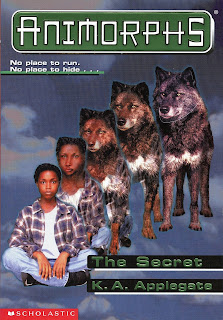