Animorphs Book 6: The Capture by K. A. Applegate

The Capture has a level of despair that really stands out this early in the series, it's more personal this time. We also get a Yeerk's perspective when there's no performance or politics involved, in a way that's dangerous to do again.

This book really soaks in the horror and helplessness of the Yeerk invasion/infestation for the controllers. It doesn't pull any punches for such a short story. I had forgotten that only half of the book is the capture but it feels like it took up much more space. The capture itself really stuck with me. 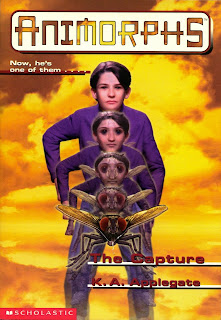