Anne Latham didn't know how complicated life could be until she became a werewolf and was mated to Charles Cornick, the son--and enforcer--of the leader of the North American werewolves. She didn't know how dangerous it could be either...

Anna and Charles have just been enlisted to attend a summit to present Bran's controversial proposition: that the wolves should finally reveal themselves to humans. But the most feared Alpha in Europe is dead set against the plan--and it seems like someone else might be, too. When Anna is attacked by vampires using pack magic, the kind of power only werewolves should be able to draw on, Charles and Anna must combine their talents to hunt down whoever is behind it all--or risk losing everything...

Anna and Charles are newly mated, though getting more used to each other every day. Weeks after the witch's attack in the mountains, Charles travels in Bran's stead to a summit with the European wolves to discuss the Marrok's plans to go public.

Anna expands her horizons, spending time with people other than Charles while the summit is happening. This gets somewhat disrupted by violence, kidnapping, and murder, but she has a lot of emotional growth even through all of that. Charles and Brother Wolf are adjusting to being mated to Anna and her wolf (who finally makes a more obvious appearance this time). I like many of the secondary characters, and this book has a lot of well-written antagonists (both obvious and subtle).

As a sequel, this is set barely weeks after the events of both the original novella ("Alpha and Omega") and the first full book in the series (CRY WOLF). As such, it provides updates on a few things left open (such as Asil's mentorship of Anna in what it means to be an Omega. It also makes good on Bran's previously mentioned plans to bring the wolves public, as the plot takes place during meetings with the European wolves as they'll necessarily be affected by Bran's planned actions. It has a new storyline, as both the summit itself and the chaos which ensues weren't begun in the previous book. It introduces and resolves that main plot, especially since this book has a high body count among characters who hadn't appeared in the series before now. It doesn't specifically leave something for later, except for the fact that (one assumes) the wolves will go public now that the summit is over.

Anna and Charles are still the main narrators, and this keeps the format of the first full book where some minor and secondary characters narrate for as a little as a page or sometimes most of a chapter at a time. It wouldn't make sense to start here. While the plot is pretty self-contained, the kinds of worldbuilding done here assume a lot of background knowledge about how vampires and werewolves generally work in this extended series of books, and the importance of the Marrok in particular. Since this shares a setting with the Mercedes Thompson books, it might make sense if someone had read the first of those books but nothing else in this specific series, but I wouldn't recommend that combination. The emotional core of the series is the growing connection between Charles and Anna, and that benefits from being appreciated as it changes over time.

The plot has enough twists and turns to be a genuine mystery, though I don't know if it's one where the solution could be guessed early on. It's definitely one where things make perfect sense in retrospect and I like it a lot. 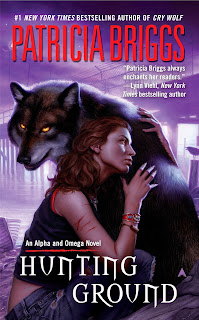