Anna never knew werewolves existed until the night she survived a violent attack...and became one herself. After three years at the bottom of the pack, she'd learned to keep her head down and never, ever trust dominant males. But Anna is that rarest kind of werewolf: an Omega. And one of the most powerful werewolves in the country is about to recognize her value as a pack member--and as his mate.

Charles and Anna’s story began in the collection ON THE PROWL, in the novella “Alpha and Omega”, which is set during the events of MOON CALLED.

Anna was attacked and changed into a werewolf three years ago, and spent the intervening time being abused by her pack. Charles is the younger son of Bran, the Marrok, sent to deal with problems in Anna’s pack. Their wolves almost immediately bonded and the novel opens with Bran helping Anna move out of her apartment so she can move in with Charles. This is a cold open which can be jarring, but it gets going quickly. I like Charles and Anna’s relationship, and this book as a whole has a strong focus on connection and healthy boundaries in relationships, along with a villain whose arc is the antithesis of those concepts. It makes for a strong story and an emotionally coherent narrative arc.

The worldbuilding style is odd, as this book is kind of a sequel twice over, while still potentially being the first book a particular reader might find in this set of stories. It’s the direct sequel to the novella “Alpha and Omega” which is itself kind of a “meanwhile, elsewhere” story which is set during the events of MOON CALLED, the first book in the Mercedes Thompson series. It’s assumed that the reader at minimum knows what happened in the novella, though someone who had read MOON CALLED but not “Alpha and Omega” might be able to keep up enough to enjoy it. It shows a different side of Bran and Charles than the Mercy Thompson books do, while introducing Anna, a recently abused Omega werewolf who is now Charles’s mate, despite having known him for barely a day when their wolves bonded. CRY WOLF is about what happens immediately after Anna’s abusers were dealt with, starting with her accompanying Charles to his home in Montana. There they try to figure out their brand new relationship, navigating love (and maybe sex) in the wake of horrific abuse which Anna can scarcely believe is over. The main plot intertwines their relationship with a hunt for a werewolf in the mountains after a hiker and a parker ranger are attacked in separate incidents. There’s a strong focus on Anna learning to feel safe with Charles, and how coping mechanisms she used to get through the abuse might make things more complicated now.

When thought of as a sequel, it wraps up a bunch of things left hanging from A&O while giving a status update in the aftermath of MC. It has a new storyline (the mountain journey) which is distinct from both of them. It introduces and resolves Asil’s present issues as well as Walter’s storyline, neither of which were previewed elsewhere. It establishes a new status quo for the characters but doesn’t specifically leave something dangling for later (other than Anna and Charles’s continued relationship). Anna and Charles are returning narrators from A&O, and their voices are consistent with their previous appearances. Asil is a new narrator, along with brief sections from Walter. Despite being the first book of a series, this is best read after MOON CALLED and “Alpha and Omega” (in the interest of both chronology and clarity). 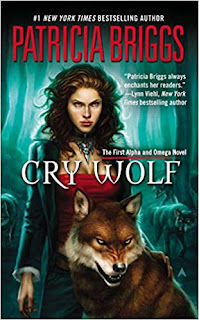