For those that lived there, Neverland was a children's paradise. No rules, no adults, only endless adventure and enchanted forests - all led by the charismatic boy who would never grow old.

But Wendy Darling grew up. She left Neverland and became a woman, a mother, a patient, and a survivor. Because Neverland isn't as perfect as she remembers. There's darkness at the heart of the island, and now Peter Pan has returned to claim a new Wendy for his lost boys...

WENDY, DARLING is a retelling which takes the original’s commentary on early 1900’s England’s sexist expectations for women and girls and leans into them, examining and contextualizing rather than merely reproducing them.

It's tempting to dismiss this version of Wendy as passive, inactive. Not very many things actually happen in one sense, and she spends most of the book not doing things, or talking in circles around the things she did as a child in Neverland long ago. But that rumination, that early passivity is the point, and it forms a sharp contrast with the last quarter of the book where she leaves to rescue her daughter, Jane, stolen by Peter nearly as soon as the book begins. It's about the time stolen from her by sexism and institutionalization, the agency take from her by men who dismissed her as a girl then as a woman, and the way that Peter in his ageless boyhood is an echo and a concentration of the forces that twist every statement of Wendy's into a way she must have been female and therefore mistaken. Wendy doesn't do much in an action sense but she makes the most of every moment she can, talking with Mary as they sew secret pockets into their clothing, plotting ways to get back at her tormenters in the institution.

Jane's sections feel more robust than the flashbacks to Wendy's time in Neverland, but they're tied together to illustrate Peter's efforts to treat Jane as literally interchangeable with her mother, brought there to be his "mother". He needs her to protect him and make it all better, but to never stand up or point out that his treatment of the other boys (and everyone on the island) oscillates from active abuse to petulant neglect. Because of adult Wendy's thoughts about her daughter we have more context for what Peter is trying to strip away from Jane, it's easier to notice what he's removing.

The narrative treatment of Mary White Dog in England and Tiger Lily in Neverland attempts to address some of the harm of the original by grounding Indigenous people as real with specific tribes and origins, not just something from Peter's imagination, while also showing how harmful it was to Tiger Lily and the rest of her tribe to be trapped by his whims on the island, discarded when he grew wrathful or bored. There's a contrast drawn between Mary knowing the tribe she's from while having an awareness of how much knowledge she lost by being removed from her homeland, versus how little Tiger Lily can remember since she's trapped in Neverland. Tiger Lily doesn't remember any other name for her tribe. Given Peter's penchant for renaming people, it's probable that "Tiger Lily" isn't even her original name in this version, though it's all we get. 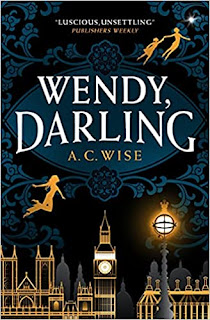