The Ones We’re Meant To Find by Joan He

Cee has been trapped on an abandoned island for three years and seventeen days without any recollection of how she arrived, or memories from her life prior. All she knows is that somewhere out there, beyond the horizon, she has a sister named Kay. Determined to find her, Cee devotes her days to building a boat from junk parts scavenged inland, doing everything in her power to survive until the day she gets off the island and reunites with her sister.

In a world apart, 16-year-old STEM prodigy Kasey Mizuhara is also living a life of isolation. The eco-city she calls home is one of eight levitating around the world, built for people who protected the planet—and now need protecting from it. With natural disasters on the rise due to climate change, eco-cities provide clean air, water, and shelter. Their residents, in exchange, must spend at least a third of their time in stasis pods, conducting business virtually whenever possible to reduce their environmental footprint. While Kasey, an introvert and loner, doesn’t mind the lifestyle, her sister Celia hated it. Popular and lovable, Celia much preferred the outside world. But no one could have predicted that Celia would take a boat out to sea, never to return.

Now it’s been three months since Celia’s disappearance, and Kasey has given up hope. Logic says that her sister must be dead. But as the public decries her stance, she starts to second guess herself and decides to retrace Celia’s last steps. Where they’ll lead her, she does not know. Her sister was full of secrets. But Kasey has a secret of her own.

I don't like the feeling of being poised in suspense to find out whether the twist is obvious or strange. There are two main characters with two different understandings of what their reality is, and I got far enough to know I didn't care who was right, if one or both of them are actually dead, or if it's some additional permutation I didn't think of.

The island sequences were pretty cool, the world is an interesting dystopia, and I like the audiobook narrator. This just wasn't a story I like. 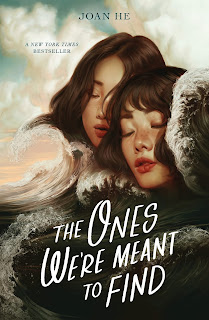