Marigold is running from ghosts. The phantoms of her old life keep haunting her, but a move with her newly blended family from their small California beach town to the embattled Midwestern city of Cedarville might be the fresh start she needs. Her mom has accepted a new job with the Sterling Foundation that comes with a free house, one that Mari now has to share with her bratty ten-year-old stepsister, Piper.

The renovated picture-perfect home on Maple Street, sitting between dilapidated houses, surrounded by wary neighbors has its . . . secrets. That’s only half the problem: household items vanish, doors open on their own, lights turn off, shadows walk past rooms, voices can be heard in the walls, and there’s a foul smell seeping through the vents only Mari seems to notice. Worse: Piper keeps talking about a friend who wants Mari gone.

But “running from ghosts” is just a metaphor, right?

As the house closes in, Mari learns that the danger isn’t limited to Maple Street. Cedarville has its secrets, too. And secrets always find their way through the cracks.

WHITE SMOKE features Mari, newly moved to small-town Ohio, trying to convince her family that she won't make the same mistakes as before. But the house is creepy, her stepsister is bratty and creepy, and weed is the only thing that might let her stop obsessing that every tiny speck is a bedbug here to ruin everything.

Mari has anxiety and a fixation on bedbugs because of a prior incident. Throughout the story she has panic attacks and ideation about bedbugs, including but not limited to obsessing over whether she's seen them, and trying to cope with the idea of them by thinking about bedbug facts. These serve to both instruct the reader about the pests, if they're not currently aware, and to show what and how much Mari thinks about them. She's also dealing with constant cravings for weed, because it's the only thing that helps her (obviously very severe) anxiety. Half the town's Black folks were locked up years ago for anti-drug laws that aren't laws anymore, which means that even though she might be able to get some, attempting it has higher stakes than it did when she lived in California before.

Mari has a pretty good relationship with her brother, but a very tumultuous one with her stepsister, Piper. She sees everything Piper does as negative and manipulative, even though Piper's behaving well within the bounds of someone would act who is a stressed-out ten-year-old kid in a new place with no friends and a new stepsister who seems to hate her.

One of the most basic questions in any horror story as things slowly get worse is "why don't they leave". The reasons here are relatable, basic, and immediately understandable. The first one is the house they just moved into is part of an agreement for Mari's mother to work on a project there for three years. The house is free... unless they leave early. That alone is enough to justify a hell of a lot, and then other reasons abound from there. The worldbuilding is excellent, truly magnificent. It's the foundation for a late-book reveal which had me in awe, all while being completely consistent with several possible explanations for what's happening, right up until the actual answer is made clear.

The audiobook narrator is excellent, they were a phenomenal part of my experience of the book. Their various voices fit the characters and really brought them to life in way that suited them and the story as a whole.

I have no notes, no quibbles, no qualms. Just a damn good book which any fans of horror/thrillers should read ASAP. 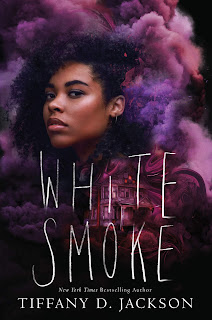