This Golden Flame by Emily Victoria

Orphaned and forced to serve her country’s ruling group of scribes, Karis wants nothing more than to find her brother, long ago shipped away. But family bonds don’t matter to the Scriptorium, whose sole focus is unlocking the magic of an ancient automaton army.

In her search for her brother, Karis does the seemingly impossible: she awakens a hidden automaton. Intelligent, with a conscience of his own, Alix has no idea why he was made. Or why his father – their nation’s greatest traitor – once tried to destroy the automatons.

Suddenly, the Scriptorium isn’t just trying to control Karis; it’s hunting her. Together with Alix, Karis must find her brother . . . and the secret that’s held her country in its power for centuries.

THIS GOLDEN FLAME is a story of exploitation, personhood, and substrate chauvinism in a fantasy version of technically-not-ancient-Greece.

Karis is trying to get free of the Scriptorium and find her brother, whom she last saw seven years ago. Alix is an automaton Karis finds before escaping, and a large part of his arc revolves around figuring out the extent to which his mechanical origins define him, how much it matters to how he goes about existing in the world.

The worldbuilding is mostly in the background and in little details, like the clothing. This isn't a book that sets out to dazzle with the setting, the setting exists to support the characters rather than to be a huge presence itself. The plot is pretty linear, and I don't want to spoil it. This is a very character-driven book, with most of the tension revolving around the characters deciding how to proceed based on a few key factors which they can't affect much. Where this really shines is in characterization and character development. They don't become totally different people or something, but rather they become more confident and self-aware versions of themselves as they gain allies and figure out their path forward. 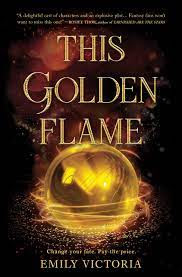