Welcome to Camp Horizons, where they pray all day…and get slayed all night!

Nestled against scenic Lake Never, recently outed Tyler Wills has arrived at the secluded conversion camp, where the delusional staff of counselors believes he and his fellow camper’s queer affliction can be healed solely through the power of prayer.

After a full day spent rallying against sadistic deprogramming therapies, the deranged camp director, and planning his escape, Tyler discovers a larger problem—a mysterious stranger has rolled into camp with a grudge to settle and a very sharp axe.

When night falls, the terror and body count rise. And Tyler, along with his fellow campers, find themselves trapped between a brutal, unrelenting killer and their holier-than-thou prey as they desperately search for a way to survive the Long Night at Lake Never.

Tyler is sent to "camp" to make him stop being gay, but when night falls actual murder starts happening, courtesy of a stranger with a grudge and an axe. Tyler and his fellow campers must try to stay alive as the bodies pile up and darkness descends.

I like this a lot, it has a good mix of suspense and gore. Some of the characters are very unlikeable on purpose, since signing on to torture teenagers isn't an endearing trait. The way the point-of-view jumps around was handled well, it didn't generally give away whether a character was going to make it out of a particular scene. The cast is large enough to give the feeling of a rundown camp, but not everyone's perspective is directly shown, which helped me keep track of the characters.

Because of the setting (conversion therapy camp), almost every character is queer, since (true to life) these kinds of camps are often staffed by "ex-gays" who previously went through the program and are using continued involvement with the camp in order to try and maintain the illusion that the "therapy" worked. That means almost every character who gets murdered by the killer is gay, but since there are so many queer characters that they could murder a pile of them and still have several left over, the story still manages to have more queer characters survive to the end than some books have at their start. The worldbuilding uses a mix of memories and current events to convey the awful stuff that's happened. It also makes the excellent decision to have the main (murderous) action kick off when Tyler has barely arrived at the camp, thus showing just enough of the camp staff's nefarious  actions to give context without overwhelming the reader with the actual torture that is "conversion therapy". 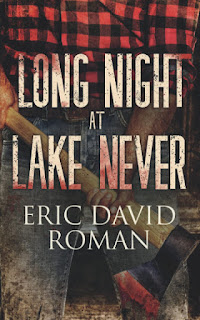