Raised among the ruins of a conquered mountain nation, Maren dreams only of sharing a quiet life with her girlfriend Kaia—until the day Kaia is abducted by the Aurati, prophetic agents of the emperor, and forced to join their ranks. Desperate to save her, Maren hatches a plan to steal one of the emperor’s coveted dragons and storm the Aurati stronghold.

If Maren is to have any hope of succeeding, she must become an apprentice to the Aromatory—the emperor’s mysterious dragon trainer. But Maren is unprepared for the dangerous secrets she uncovers: rumors of a lost prince, a brewing rebellion, and a prophecy that threatens to shatter the empire itself. Not to mention the strange dreams she’s been having about a beast deep underground…

With time running out, can Maren survive long enough to rescue Kaia from impending death? Or could it be that Maren is destined for something greater than she could have ever imagined?

SHATTER THE SKY features a teenager on a quest to rescue her girlfriend and hopefully bond a dragon along the way.

The worldbuilding is good, it errs on the side of not giving much information. It suits the somewhat sheltered protagonist but does mean that I didn't come away feeling like I could say much about the setting beyond a history of conquest, imperialism, and the use of dragons to consolidate and maintain power. Since this is a quest undertaken by someone leaving home for the first time with rescue of a loved one as the main goal, it didn't need a whole lot more than we get, and it works. As for that quest, Maren matures and changes at a significant but believable pace, I like the relationship that develops, and the stuff with the dragons is handled pretty well. If you want a queer fantasy about subterfuge and dragons that doesn't overwhelm with backstory, definitely try this. I generally prefer something a bit denser, but this was a lot of fun. My favorite part is right after Maren enters a town for the first time and has to figure out how to look and behave in a new place pretending to be someone she's not. A lot of important context is conveyed very skillfully and quickly in a few brief scenes, and it's great.

I love the ending, I'd been worried that one of the relationships was going to get dropped once the questing portion was done but it looks like this book sets up the possibility of even more in book two. I'm looking forward to reading whether the sequel delivers on that promise. 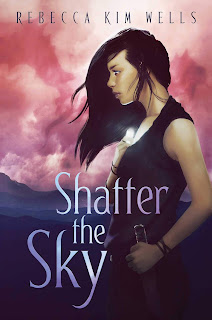