How To Burn This Book by Evan B. Witmer (Odd Fiction #3)

Step one of burning a book is finding a disagreeable premise within its interior to justify the act. In order to simplify this process for the reader, each short story in this collection is followed by a precise reason the short story should be immolated, opined by the author’s many critics.

"...but there's no right or wrong way to forgive ourselves."

I like the Odd Fiction series because I never know what I'll get but I know it'll be deeply weird. I've discussed the individual stories below, but as for the collection as whole I'm impressed. The meta-commentary between sections serves as an emotional counterpoint to each section, with objections oscillating between absurdity and emotional veracity. The commentaries after each story sometimes are sometimes completely reasonable objections to the contents, sometimes ad hominem rants against the story by way of the author's character, and in each case the commentaries are part of the broader meta-narrative of the book's existence. My favorite stories are "Lucky Girl Noir", "The Spirit Realm", and "An American Weekend". I love that last one particularly because of the synergy between the story and the reason to burn. Many of the other reasons to burn feel like the person writing them missed the point of the story in some crucial way. This makes them entertaining and thought-provoking, and they usually work for me. In "An American Weekend" there's an emotional cohesion between the story and the reason-to-burn which make them feel like the objection wraps back around to emotionally supporting the reason the story is cathartic in the first place.

Lucky Girl Noir: This is a good start to the collection. The premise is intriguing, the story is well-executed, and my quibbles are few. I’m pleased that the main character is confidently fat but I wish there weren’t quite so many narrative pauses for fatphobia from other people. Some of the discussions around transness were a bit awkward but made sense in the context of cis characters suddenly grappling with what trans people would mean for a collision of magic with a gender binary. CW for fatphobia, transphobia, alcohol, blood, gun violence, murder, death.

Three Days West: I like this as a kind of parallel worlds story but with no need for portals or magic. CW for alcohol, drug use, fire, blood, violence, gun violence, murder, death.

Zantar: Narratively I appreciate the escalating series of “rescues” for Zantar, where each group attempts to mold him in their image, disdaining and discounting whatever was before. It’s an interesting story but rather bleak. This has a funny but very macabre epilogue as the reason for burning this book. CW for ableism, kidnapping, medical content, medical trauma, vomit, violence, gun violence, parental death, animal death, death.

Sea Creatures: The premise is great and it’s well-told. I’m impressed and amused by the trouble when the siren travels, that was a nice touch. A lot of what I liked best involves little moments with kinds of communication which I don’t want to spoil but I appreciate nonetheless. The romance is genuinely sweet. The style of writing felt a bit sparse, the prose isn’t as smooth as some of the other stories but it’s a well-done story overall. CW for sexual content (brief), slavery (brief), blood, gore, violence (brief), death.

Lizard People Take Orlando: A good effort but not my favorite. It is however a sign of the collection beginning to get really weird, as all best Evan Witmer collections do. CW for transphobia (not depicted), ableist language (brief), racism, xenophobia, antisemitism, excrement (not depicted). TW for reference to J.K. Rowling’s transphobia, Harry Potter references, brief reference to the Pulse nightclub shooting.

The Spirit Realm: Now this is the weird shit. It got a little hard to follow but that’s partly because the protagonist becomes an unreliable narrator due to a combination of previous blackouts and present intoxication. Deadly good fun, I like this one. CW for sexual content, racism, racial slurs, vomit (graphic), alcohol (graphic), drug use, violence, death (graphic).

The Pimp Who Slapped The Ripper: As one more entry in a long line of stories taking advantage of a general lack of knowledge and/or consensus on the identity of Jack the Ripper, this story is fine but not excellent. I enjoyed the scathing critique of it after the official story more than the actual tale, but in this particular collection that’s not actually a bad thing. The story itself is about a pimp in emotional crisis who has a personal realization after tangling with the Ripper. The critique features someone whose main complaint is that the story isn’t gory and fetishistic enough. If that’s your complaint too, then DIGEST is right there, but the misguided complaints (themselves part of the meta-narrative of the collection) made me like the story more through disagreeing with them. CW for sexual content (not depicted), cursing, misogyny, ableism (brief), emotional abuse (brief), alcohol, violence (brief), murder (not depicted), death (not depicted).

An American Weekend: The contrast between the story and the reason to burn for this one is good. I like how the days are portrayed, and the way the story meanders as it follows the MC through his attempts to process a pretty bad week. CW for cursing, sexism, alcohol, medical content (brief), excrement (brief). 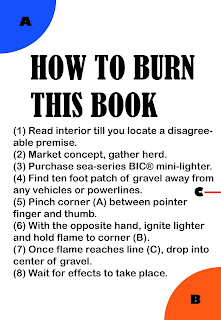