Stone and Steel by Eboni Dunbar

In Stone and Steel, when General Aaliyah returns triumphant to the city of Titus, she expects to find the people prospering under the rule of her Queen, the stone mage Odessa. Instead, she finds a troubling imbalance in both the citizens’ wellbeing and Odessa’s rule. Aaliyah must rely on all of her allies, old and new, to do right by the city that made her.

STONE AND STEEL is the rare book that I feel perfectly neutral about. It's a story of sisterhood, romance, power, corruption, and betrayal as a general returning from war finds out that her queen sits on a golden throne of broken promises while her people starve.

The story was clunky in some places because it felt like it was trying to fit a lot of detail into a low page count, some parts of the emotional core were really well conveyed and genuinely moving, others were rushed and didn't have time to properly build. It's like it was trying to be more book than it had room to be, and so the whole story suffers for it. I almost didn't finish it, but pushed through because it would feel a bit silly to not finishing something that was going to take me under an hour to read. In the end I'm totally neutral about it. It's not bad enough to warn anyone away from, but it also didn't compel me as a whole and I don't know if any circumstances could prompt me to recommend it.

I enjoyed the beginning a lot, the framing is compelling and the setup is pretty good. It's canonically diverse in gender, sexuality, and race, putting explicit representation on the page and making the story better in the process. I like the main character and I really got to know and like a lot of the secondary characters, moreso than I would have expected for this large of a cast in this short of a book. One specific downside is that the ending feels rushed, and on the way to the finale it piles on a few more characters and one big reveal, but I hadn't had time to anticipate or wonder it so it felt like the answer to a question I hadn't yet asked. These problems would likely be easily solvable in a longer version of this same story, and that is something I'd be interested in reading. 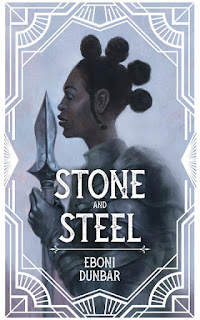